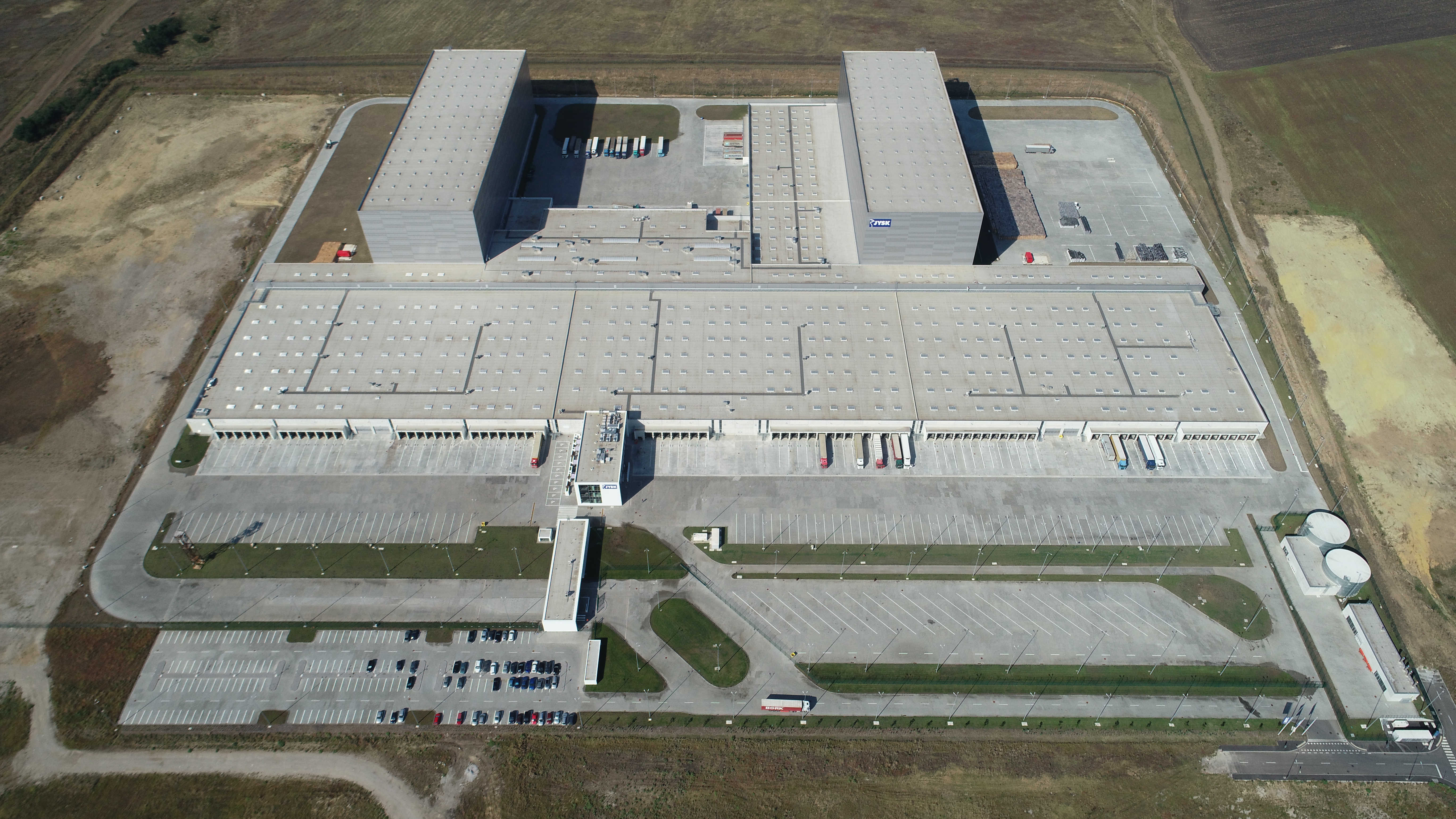 Tackling future needs on the drawing board

The new large distribution centre is located just outside the Bulgarian capital, Sofia. The building has considerable importance for distribution in the country and has been designed to be able to handle increased growth and extensions many years down the line.

The first stage involves two high bay warehouses, each with a capacity of 10,000 m2 and a height of 43 m. In the long term, it will be possible to extend the facility with a further three high bay warehouses that are connected to the warehouse’s 460-metre-long entrance hall of 65,000 m2. The high bay warehouses are designed with a variable sporadic pattern in two hues of silver that make up a recognisable design element in virtually all of JYSK’s warehouses.

The entrance hall is kept in pale concrete elements and the gate housings are clad in white facade plates, as is the administration and gate building. The pale colours help to reduce the warming of the facades and roof during the summer. The building also contains a hotel area, as well as offices, meeting rooms, changing facilities and canteen with ancillary raised canteen terrace. 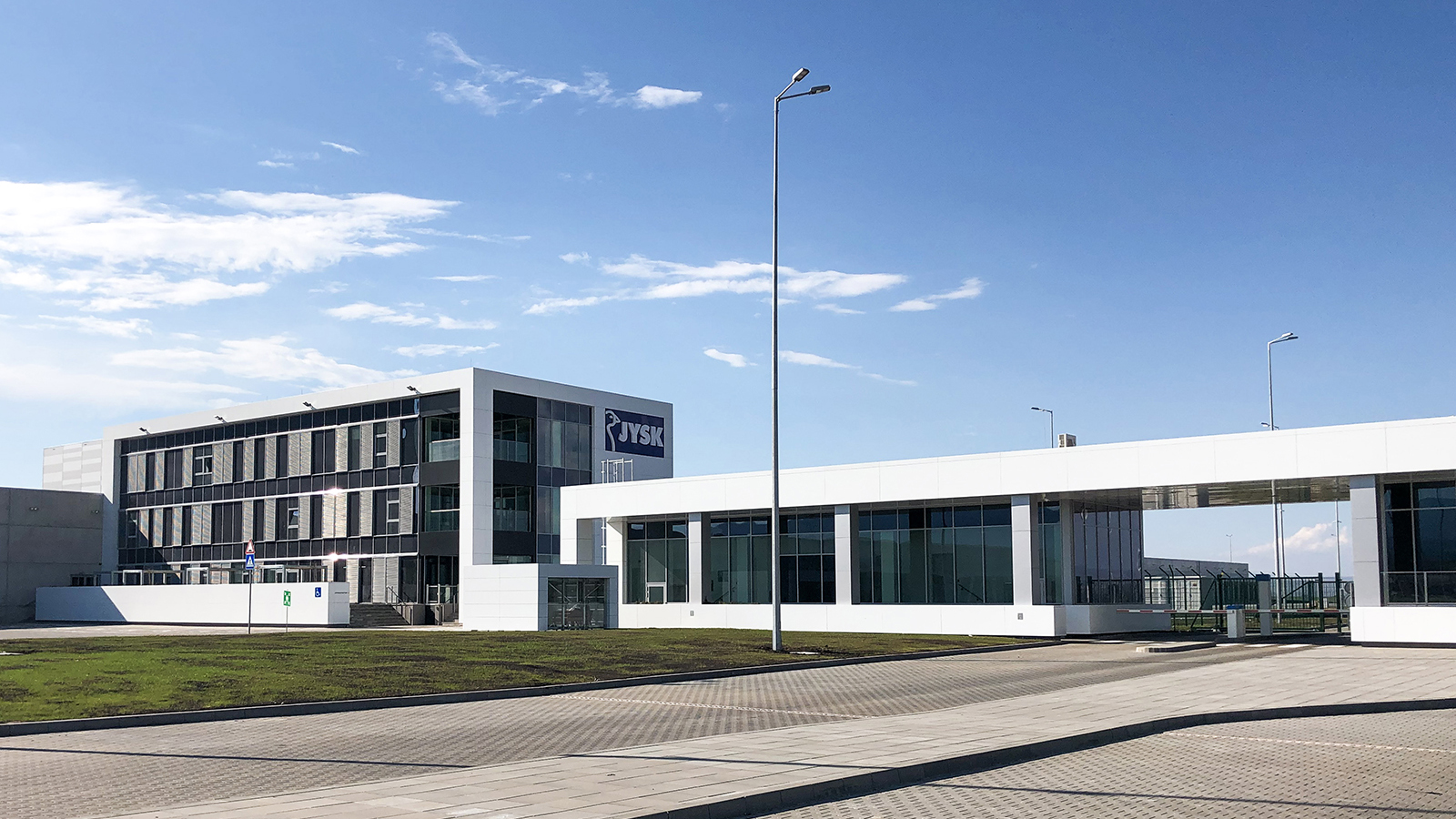 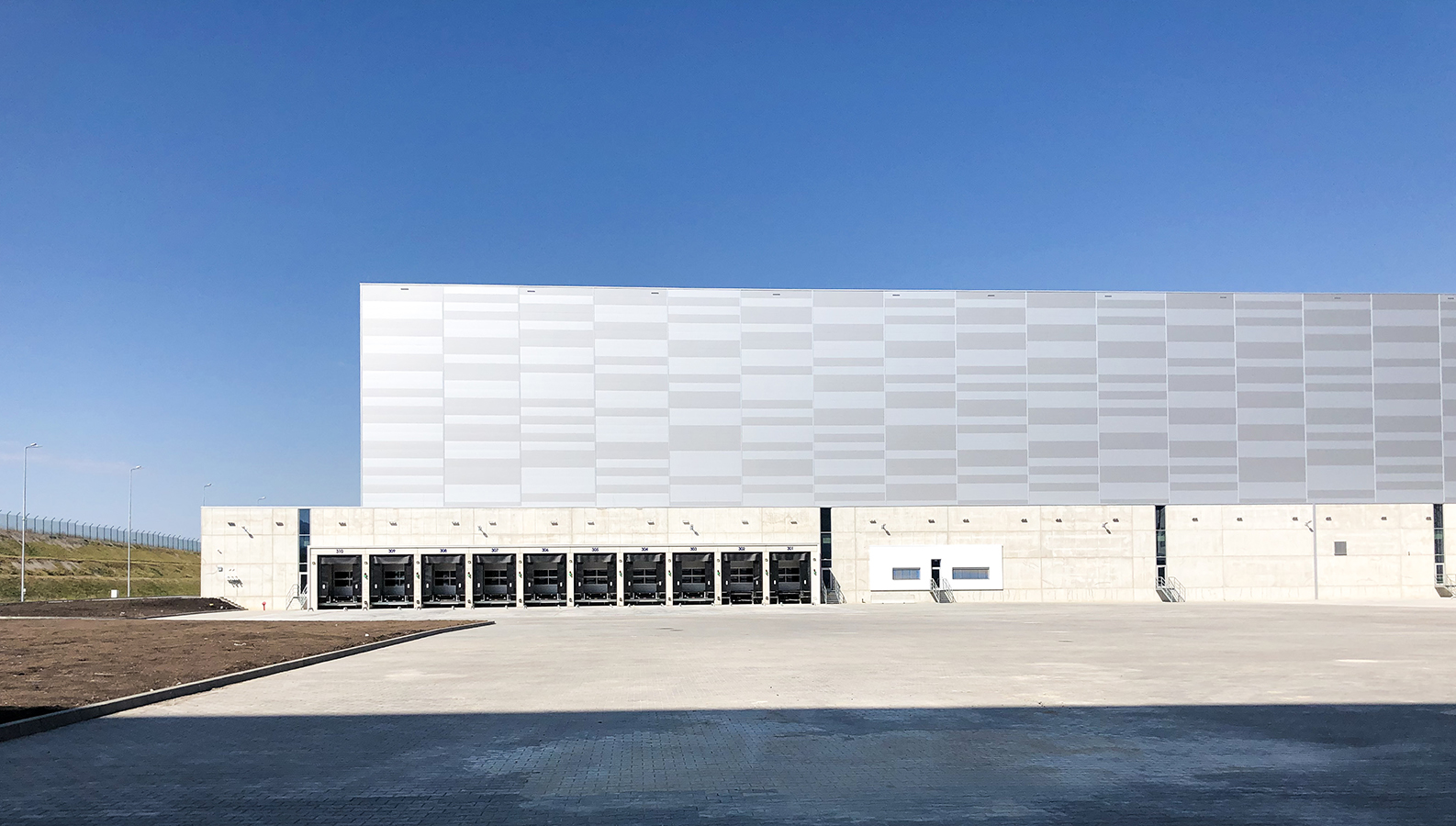 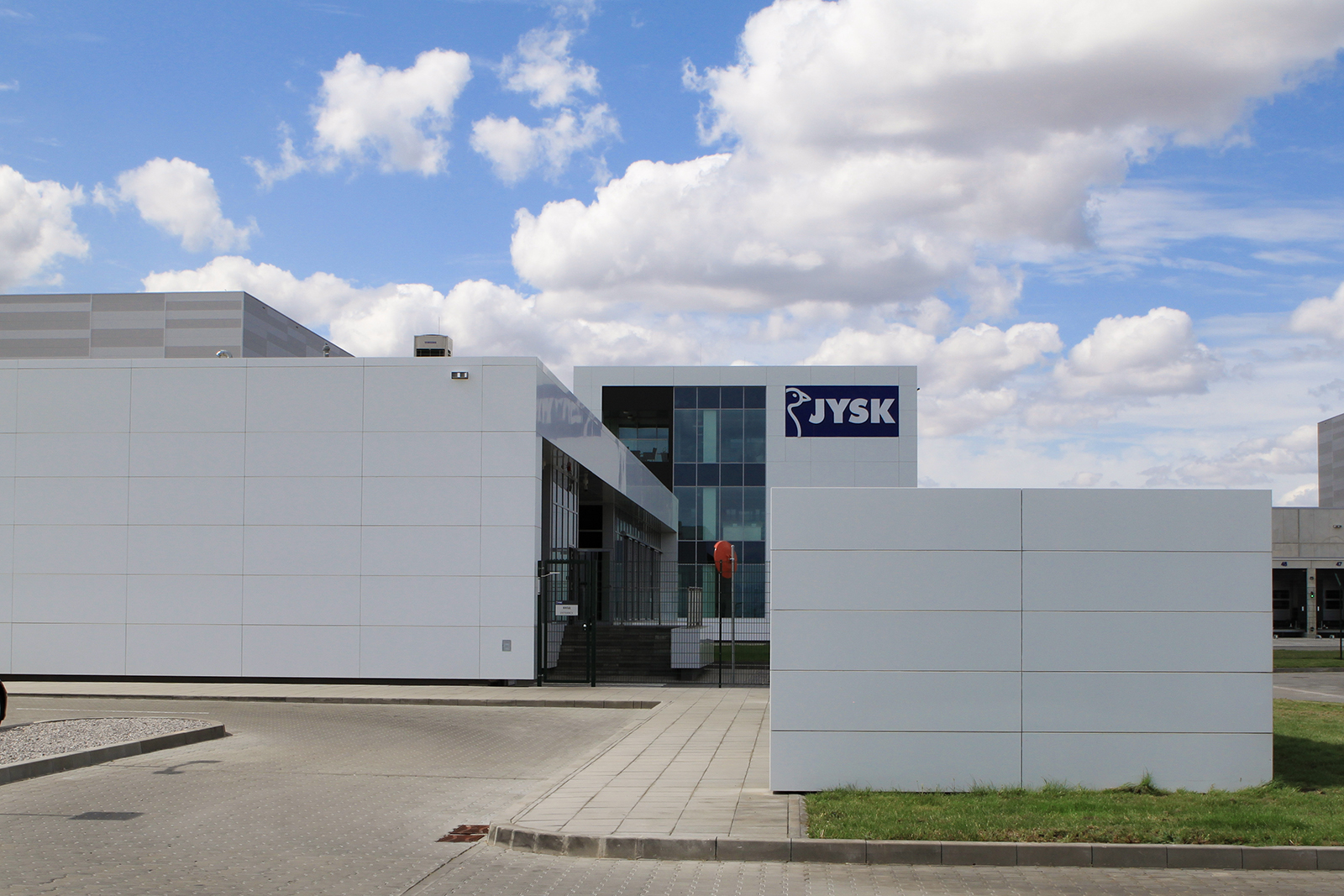 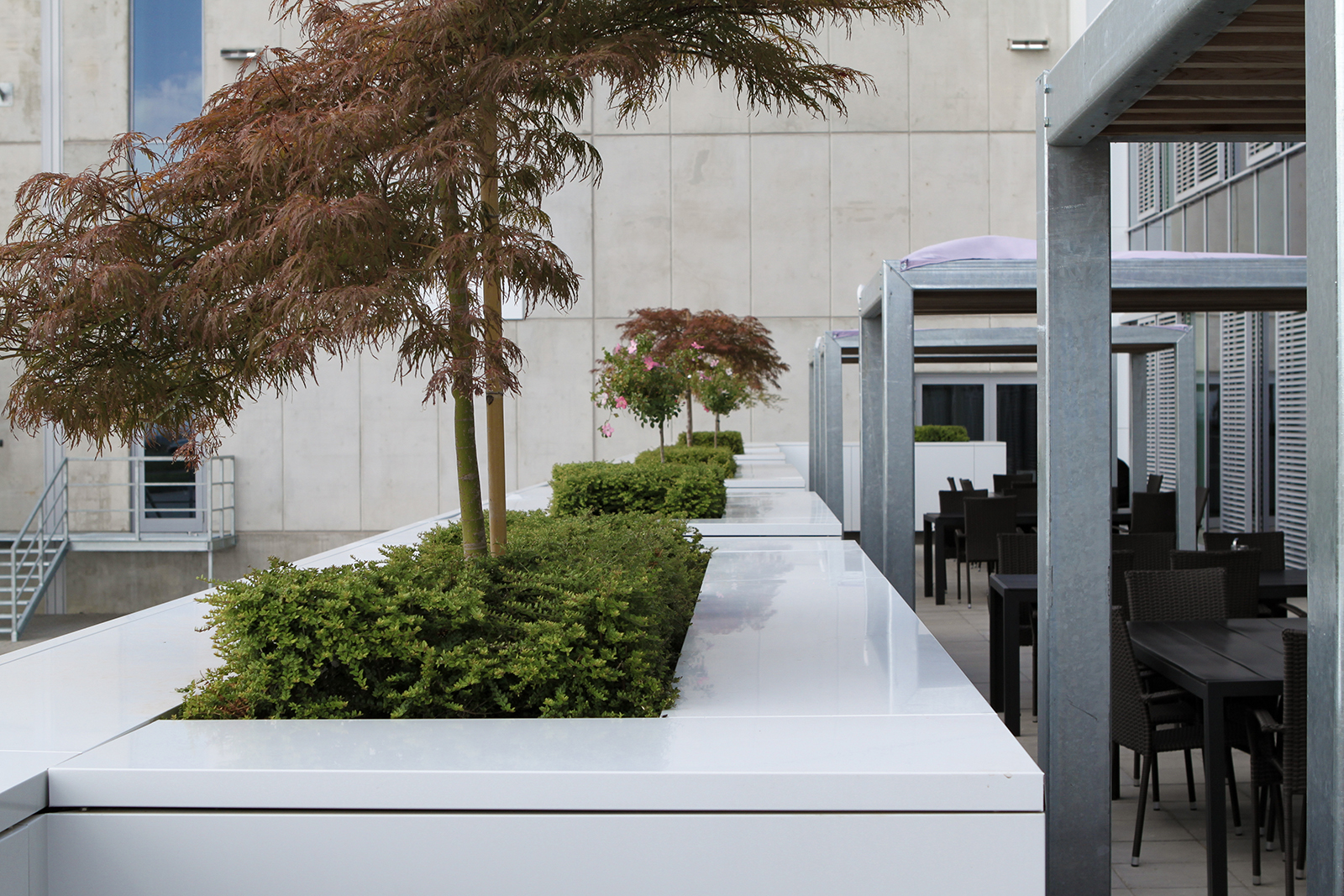 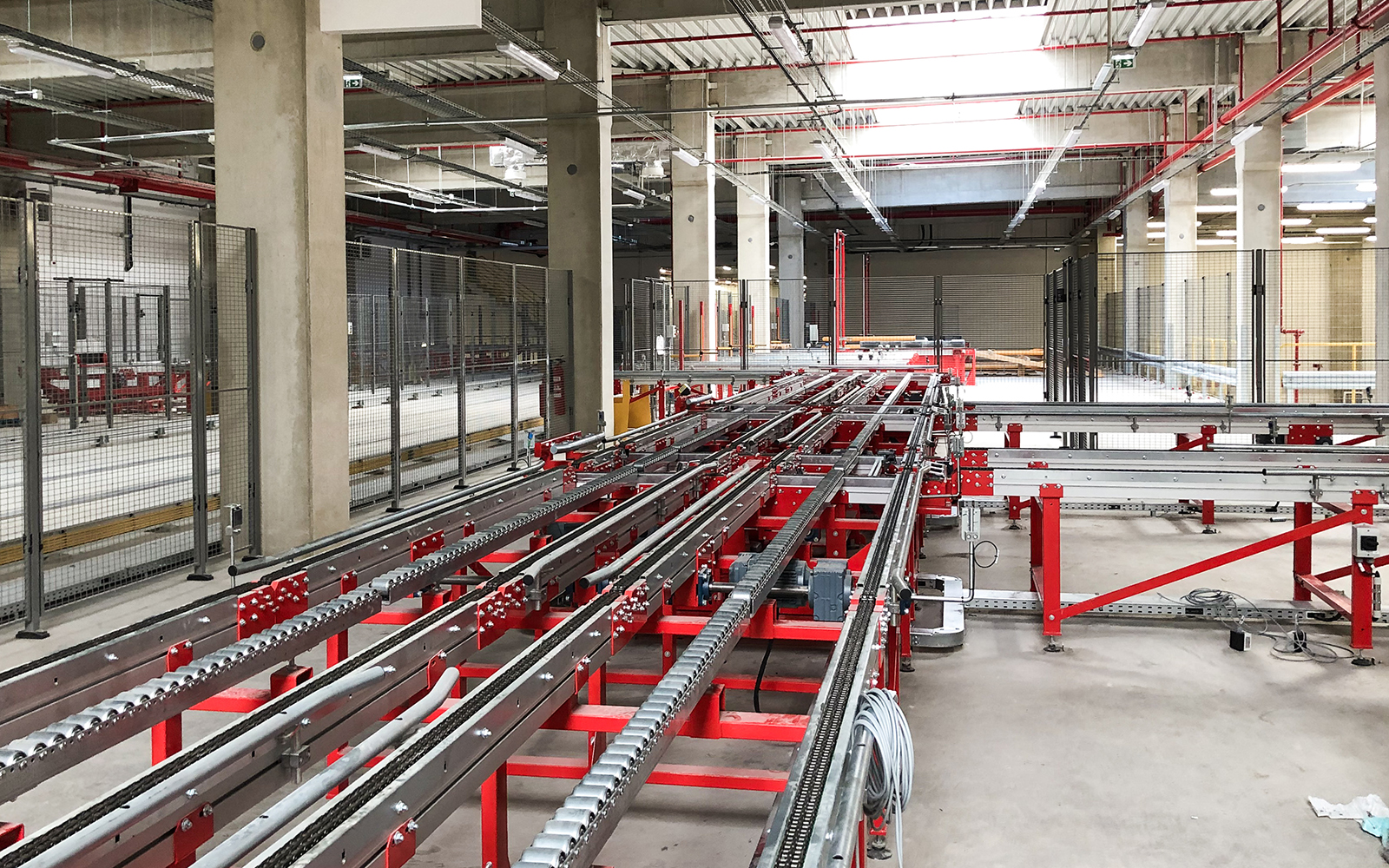 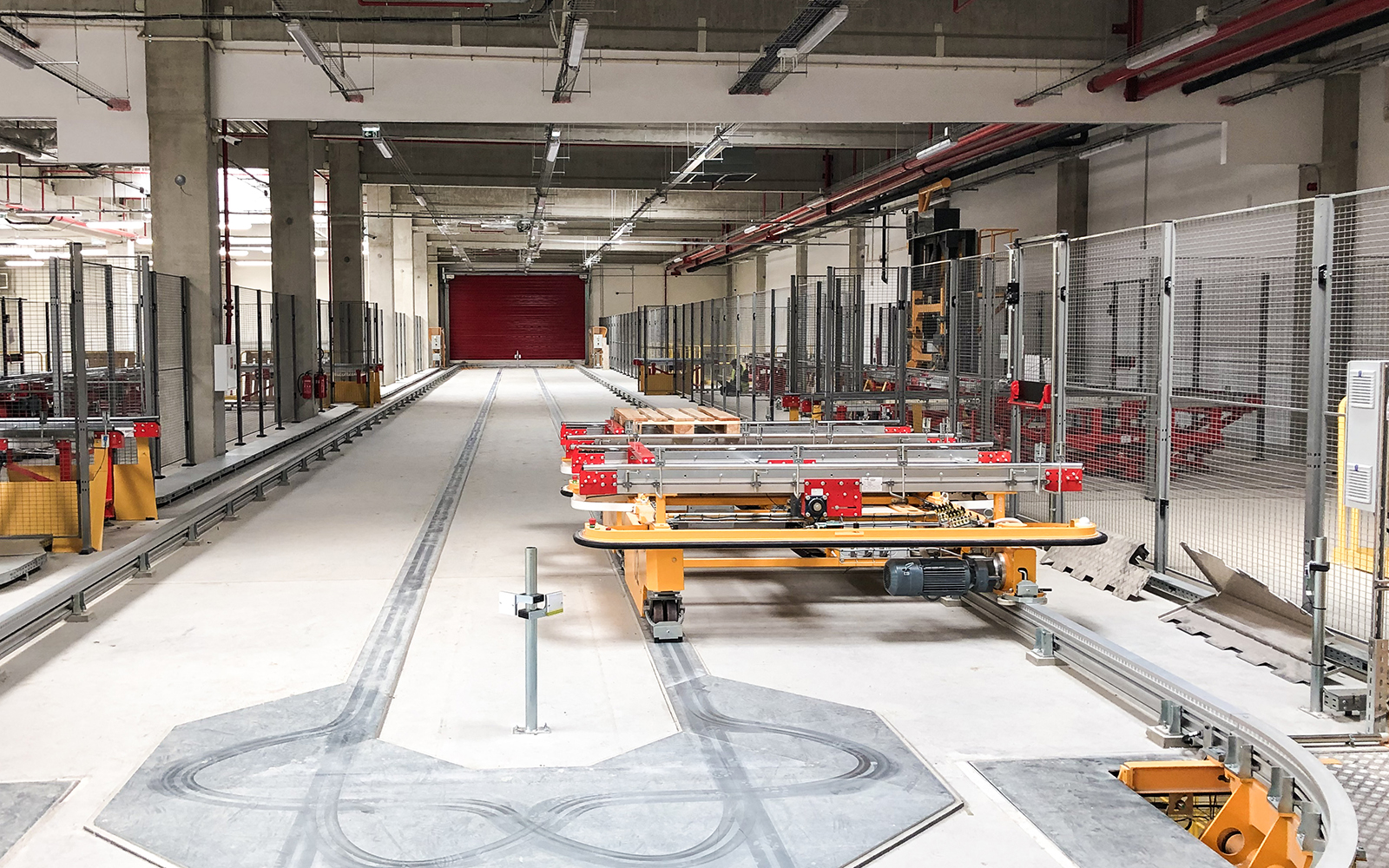 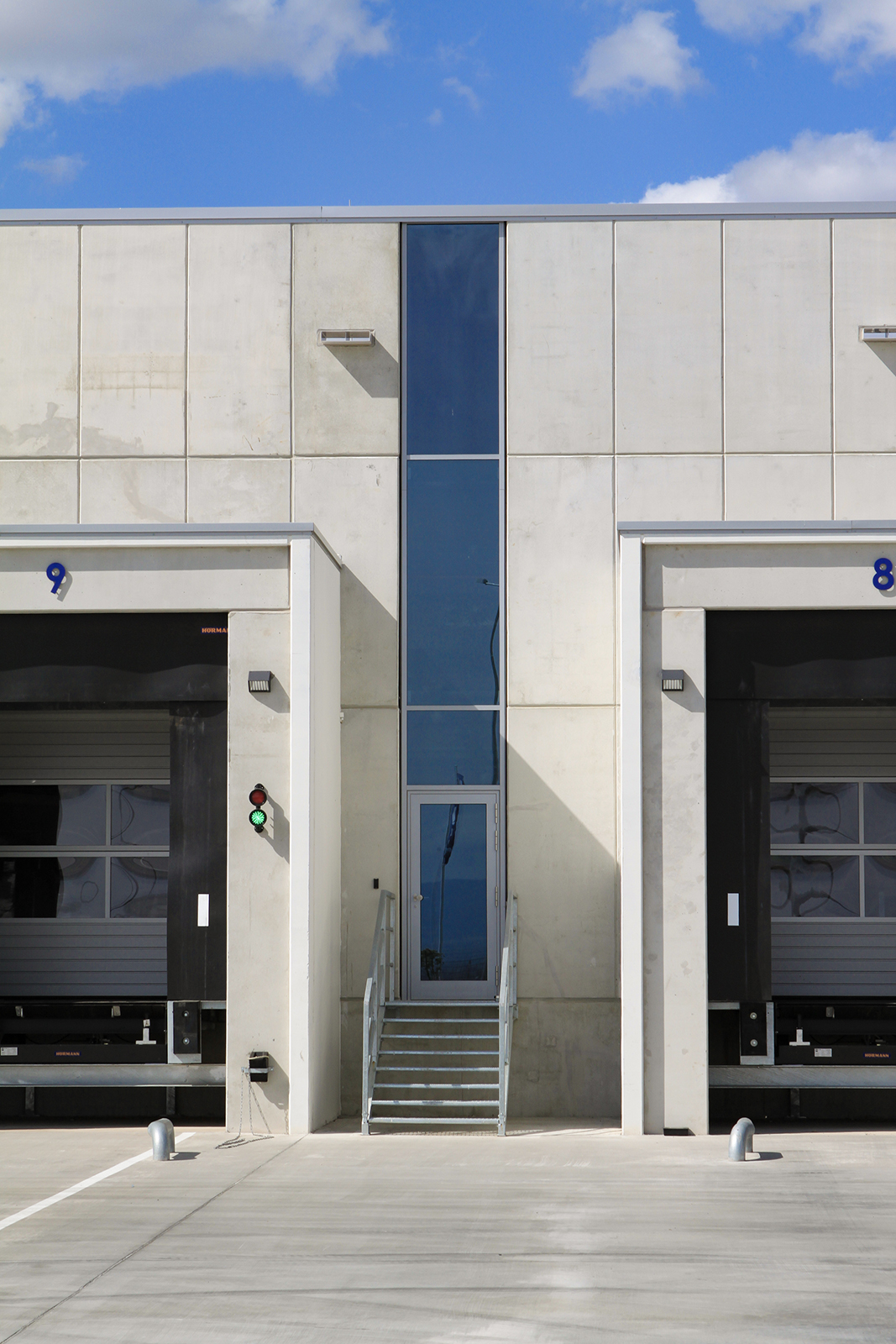 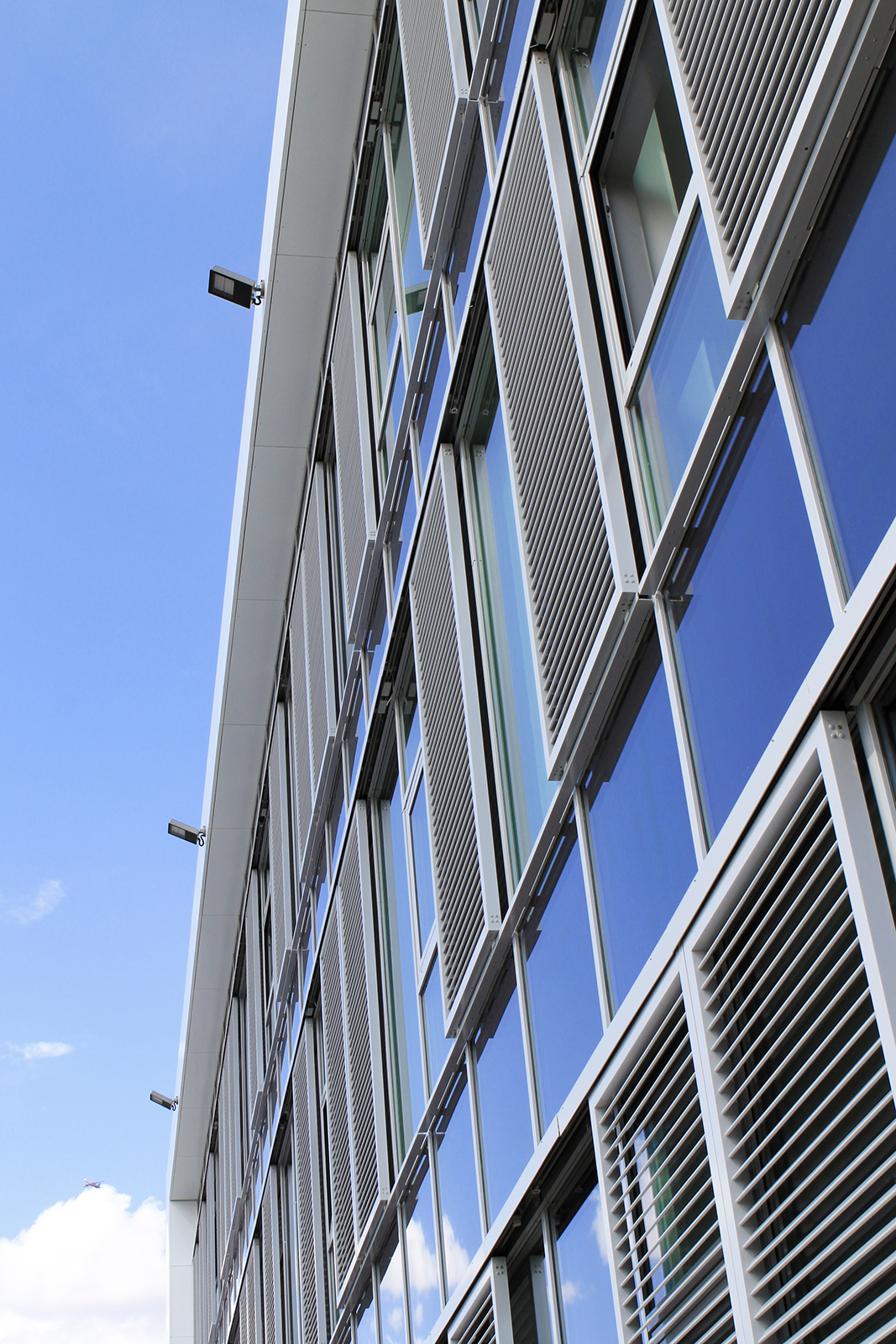 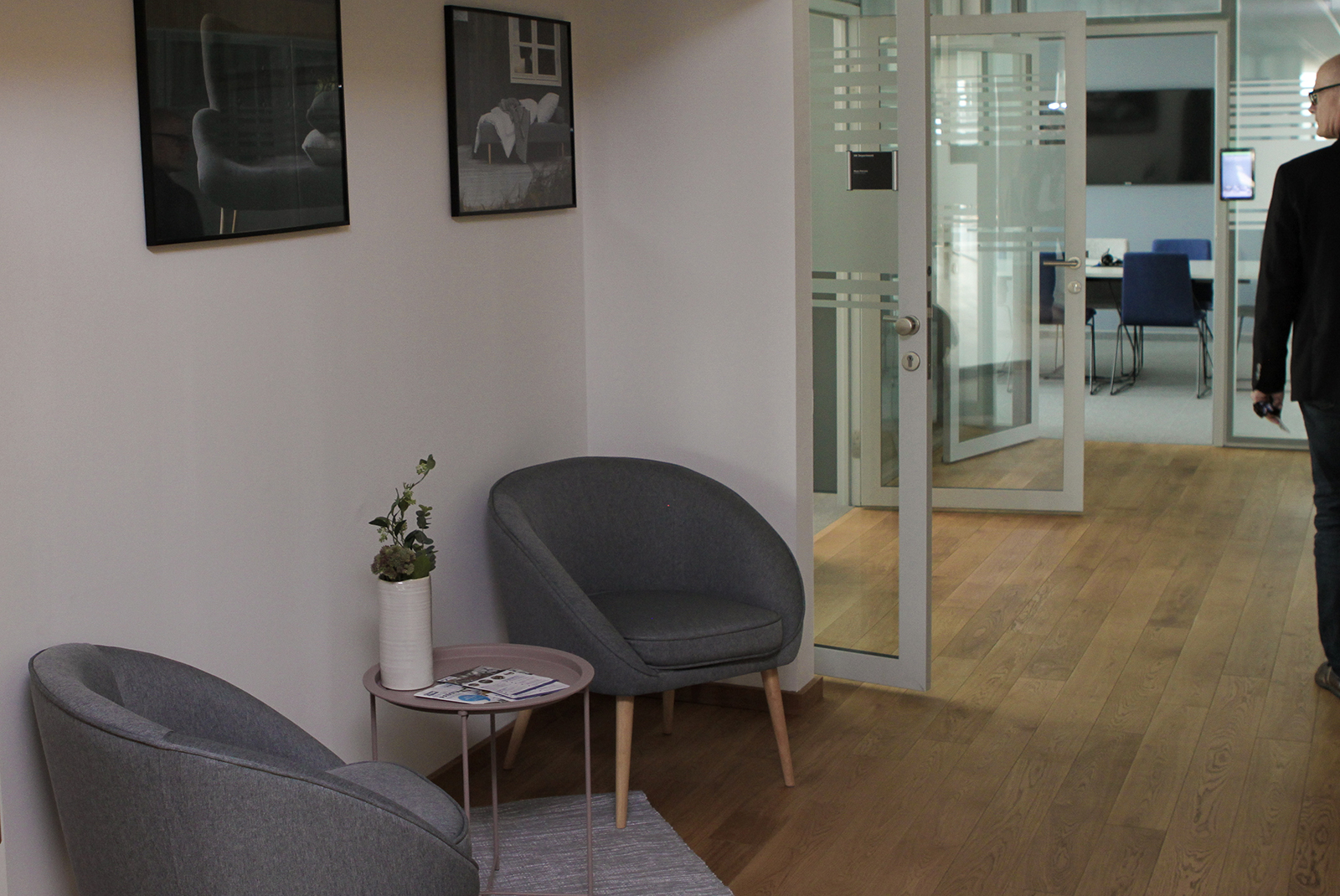 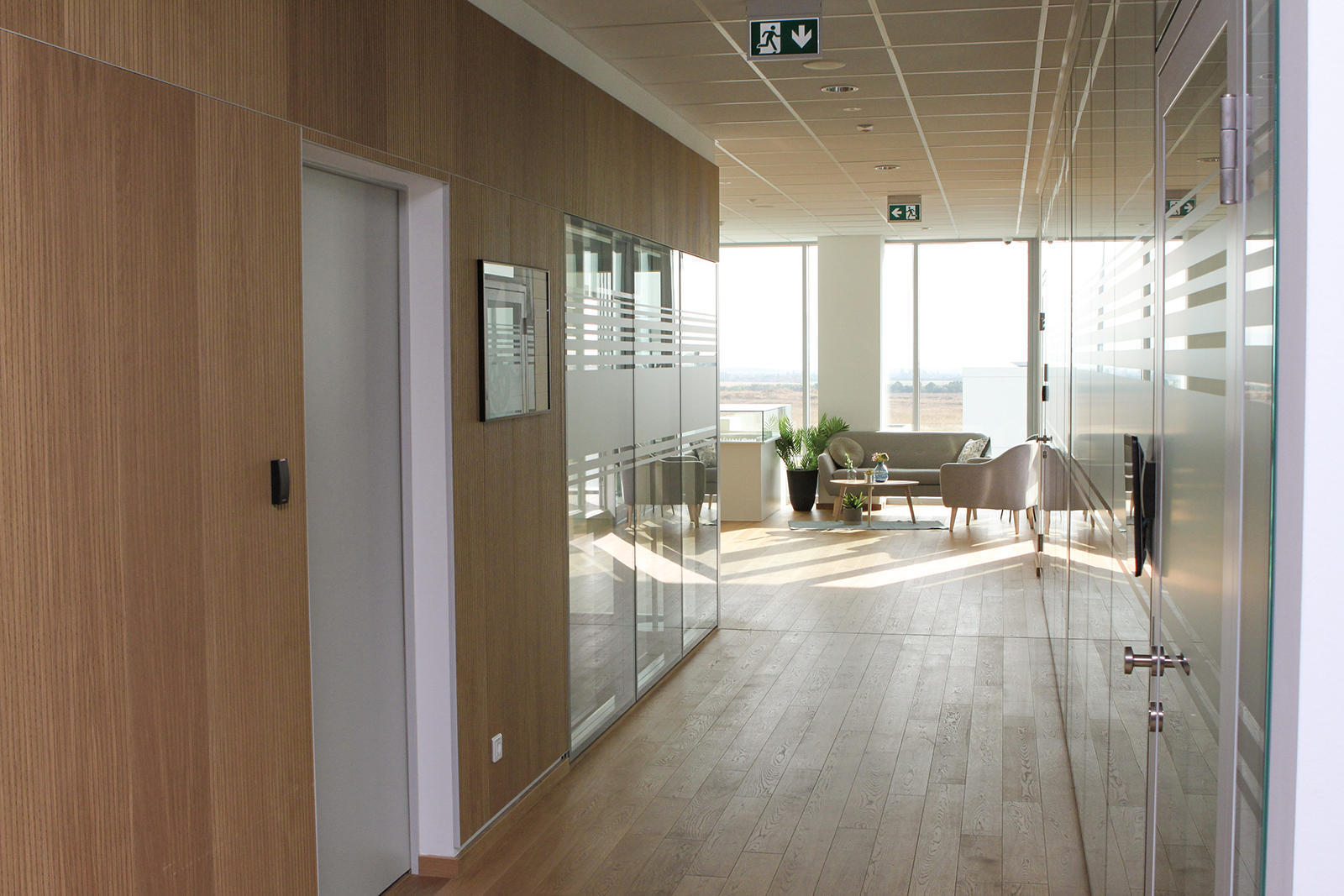 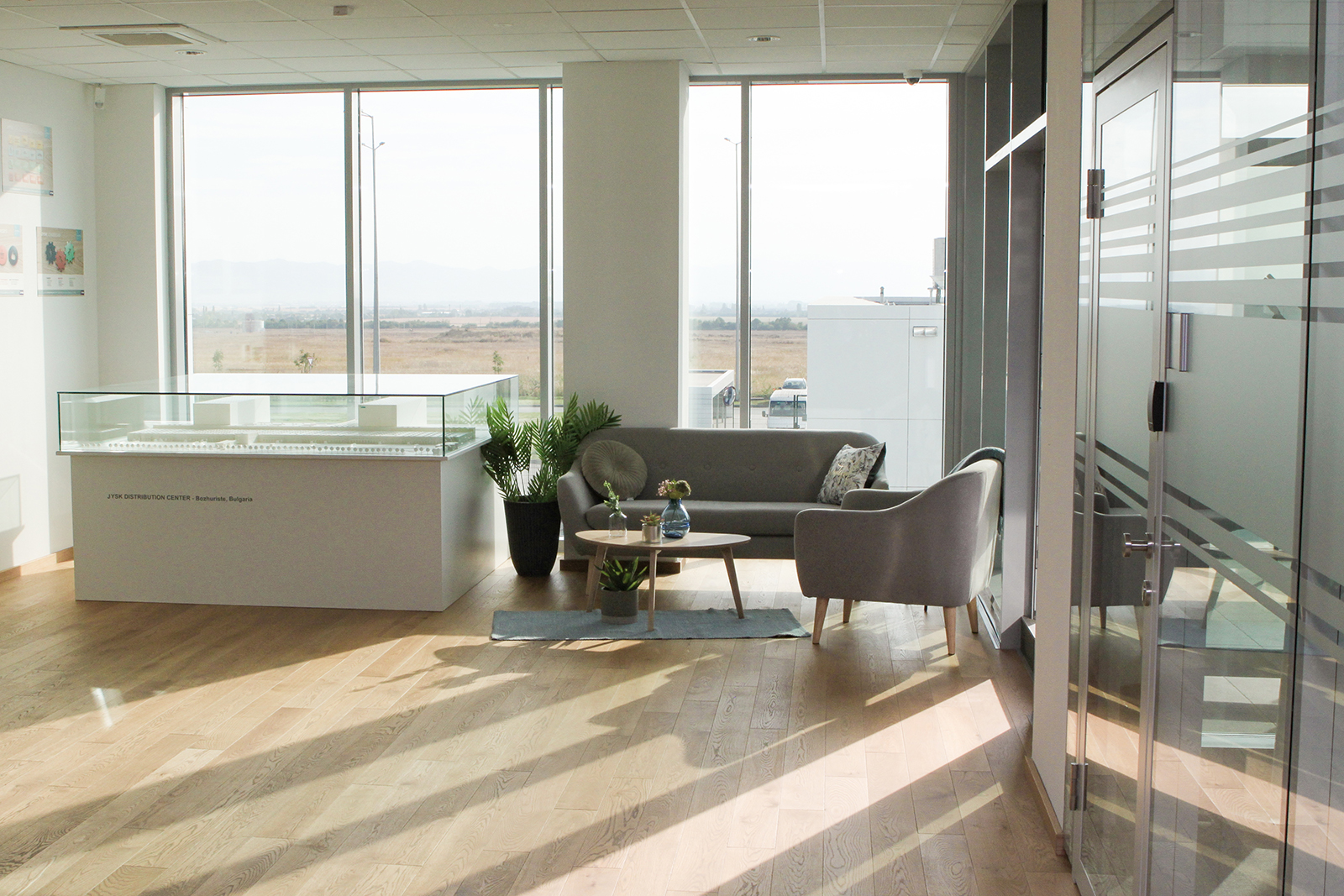 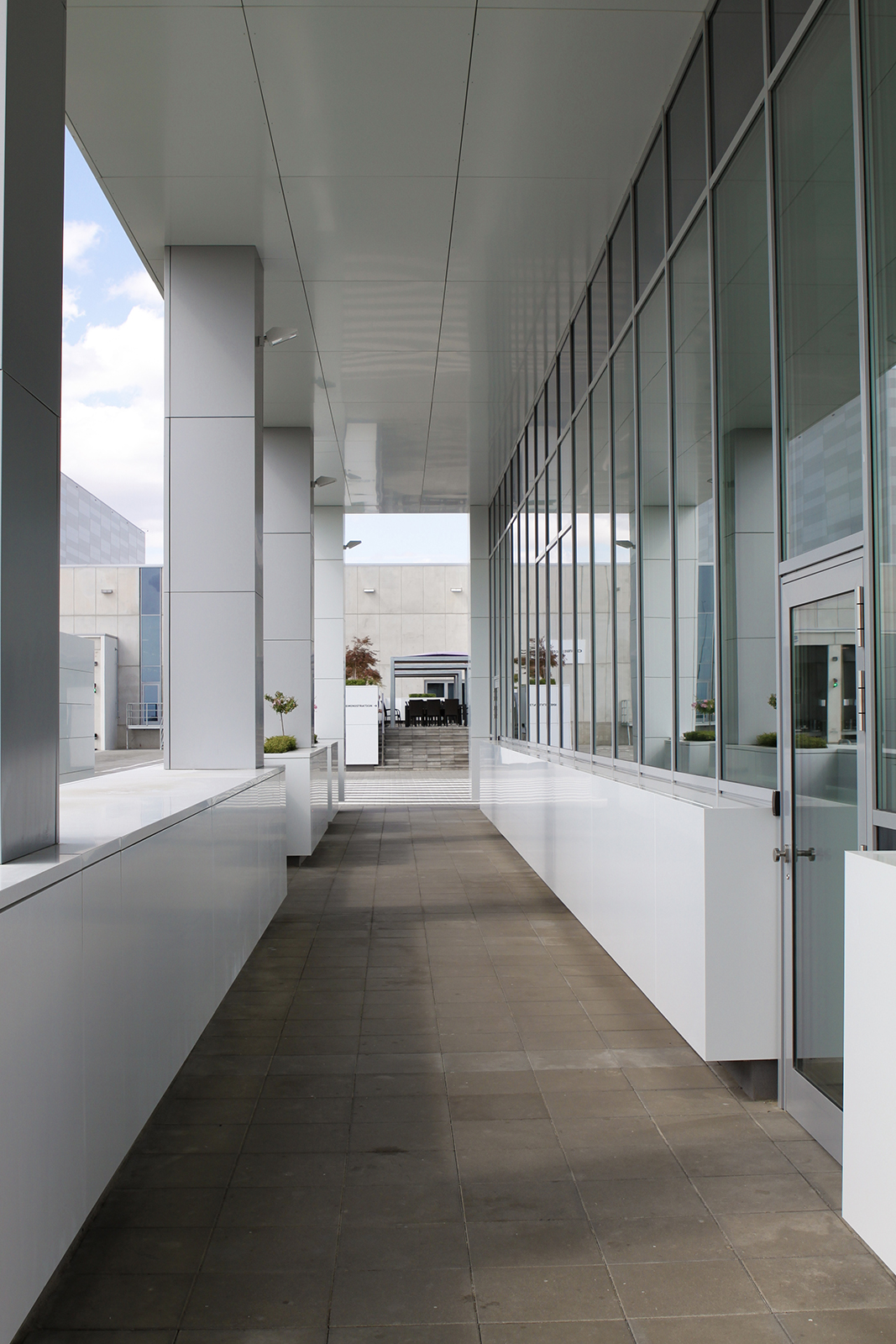 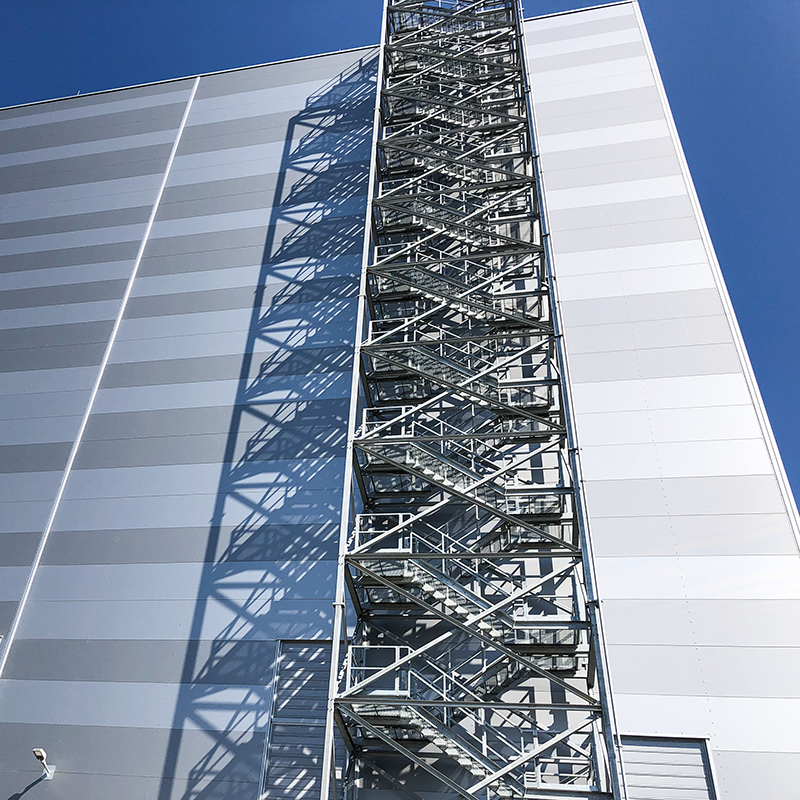 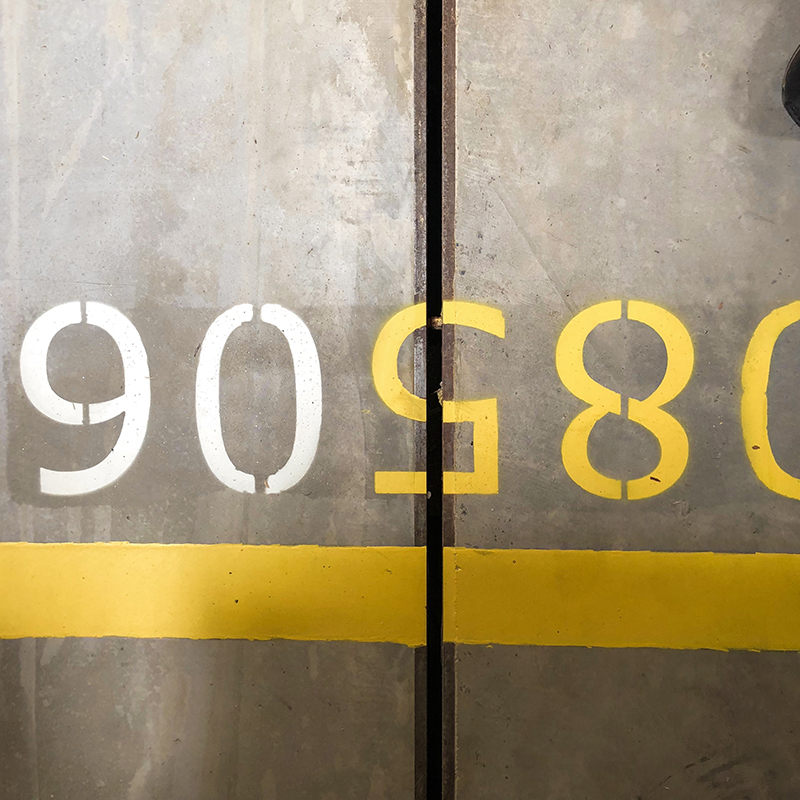