ak83 arkitekter have designed an exciting interior design project for JYSK in Brabrand. The task was to expand the existing canteen and make a large, inviting canteen area with differentiated zones, good acoustics and furnished with functional and flexible design.

The room has been divided into three zones using varying ceiling heights and light intake as well as lamellar dividers in oak veneer. We have focused on creating different vibes and functions in the three areas, while the expansion and the existing still appears as a Whole.
The canteen is furnished with folding tables and stackable chairs, which together with removable slats makes sure the room can be opened up and used for large gatherings and events.

At the back of the room is a cozy lounge area with built-in seating arrangements for 4-6 people in each. The small rooms are used during the day for smaller meetings, group work and for lunch. This takes the pressure of the existing meeting rooms.

In the middle is the café area where we challenge the traditional canteen shape, which is known for the many long canteen tables. The area is surrounded by slats in oak veneers on plywood and Fibertex acoustic panels. Along all the walls there is a bench set in a raw concrete look, which also appears on all the supporting pillars and beams in the room. A good contrast to the beautiful oak floors and the refined oak slats.

The original double-height canteen with the traditional long tables is spiced up with new high tables and round coffee tables. The canteen now appears with inviting small spaces and niches in raw and warm materials in Nordic design. 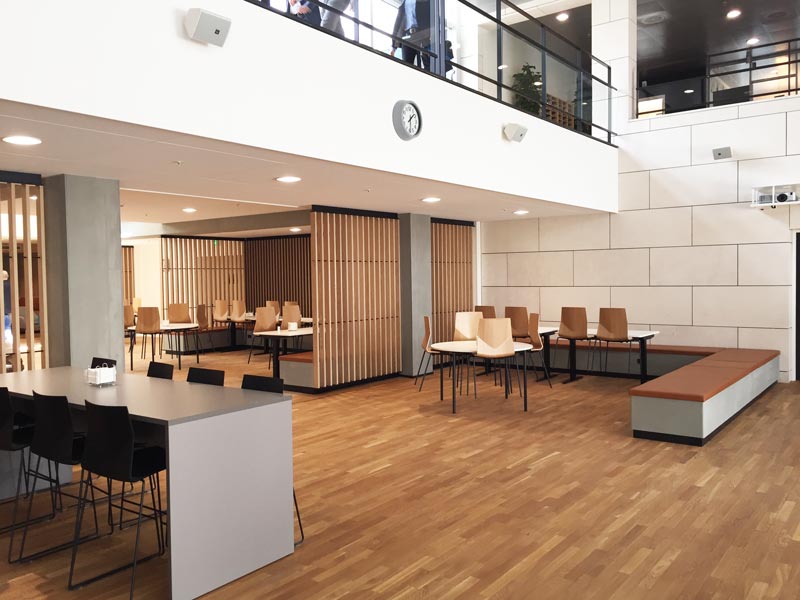 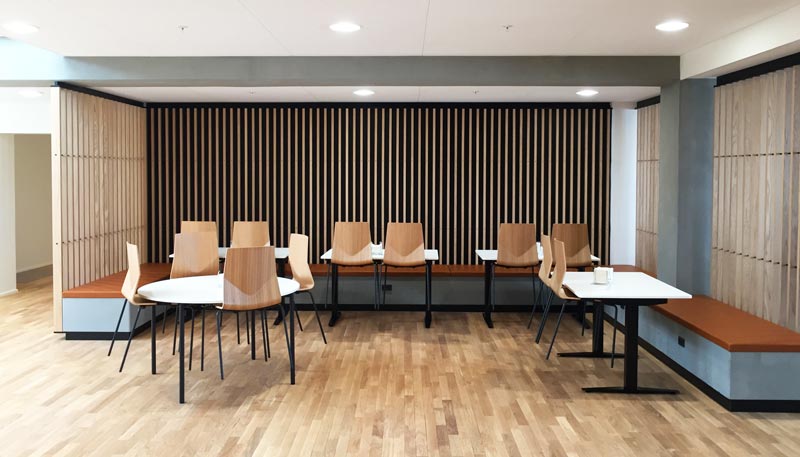 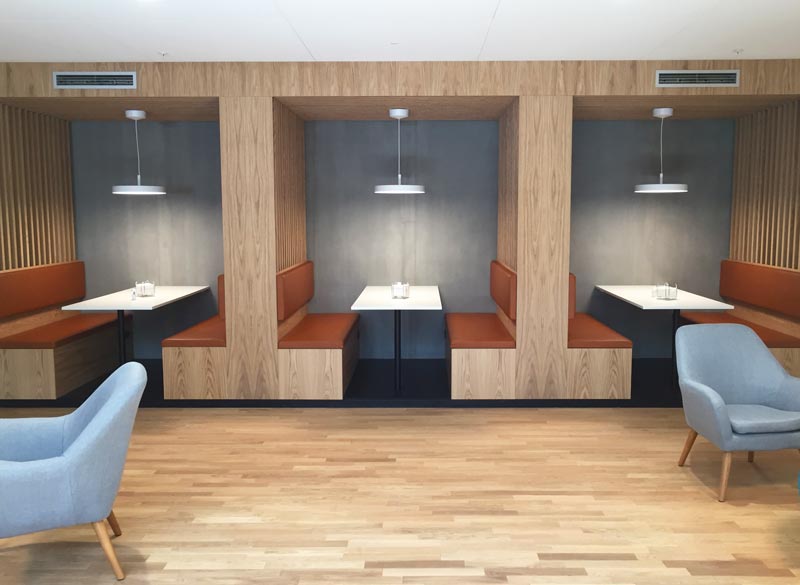 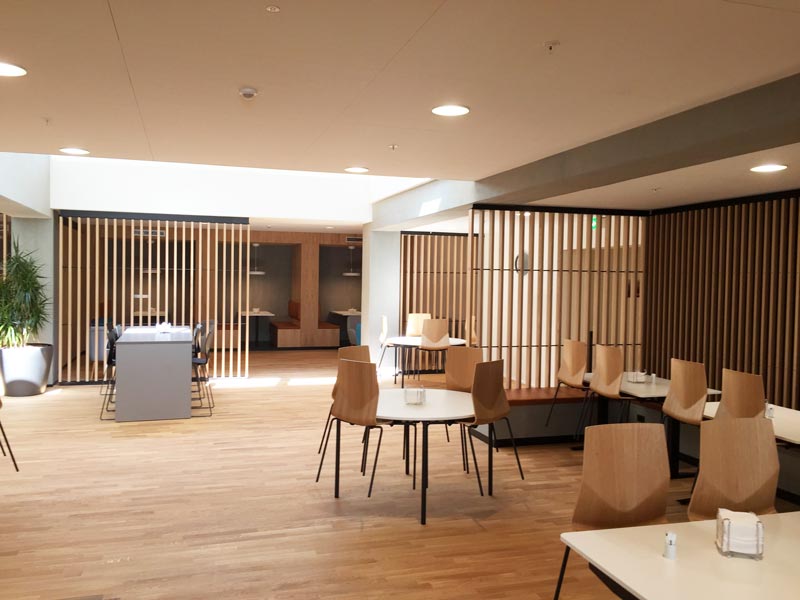 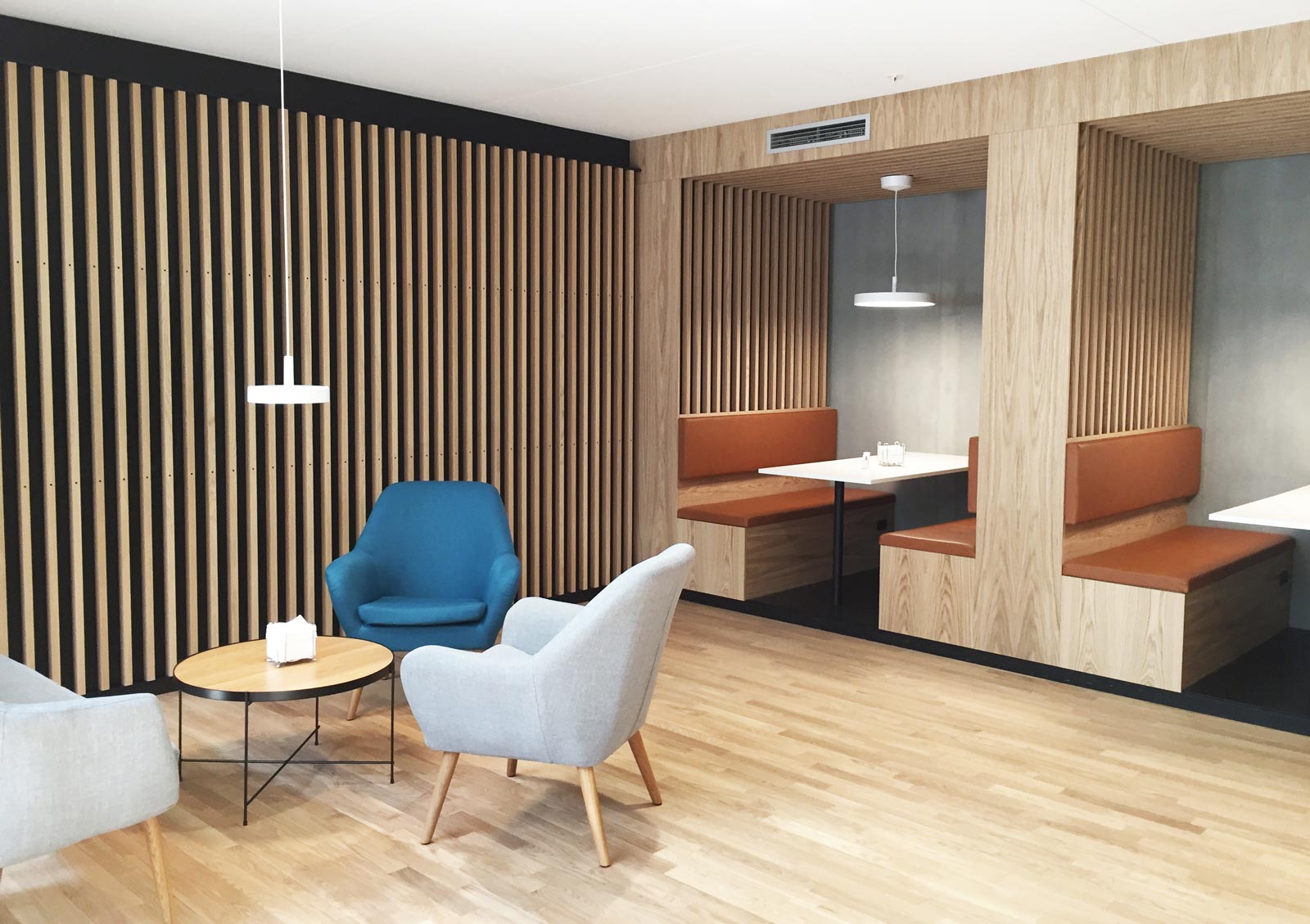 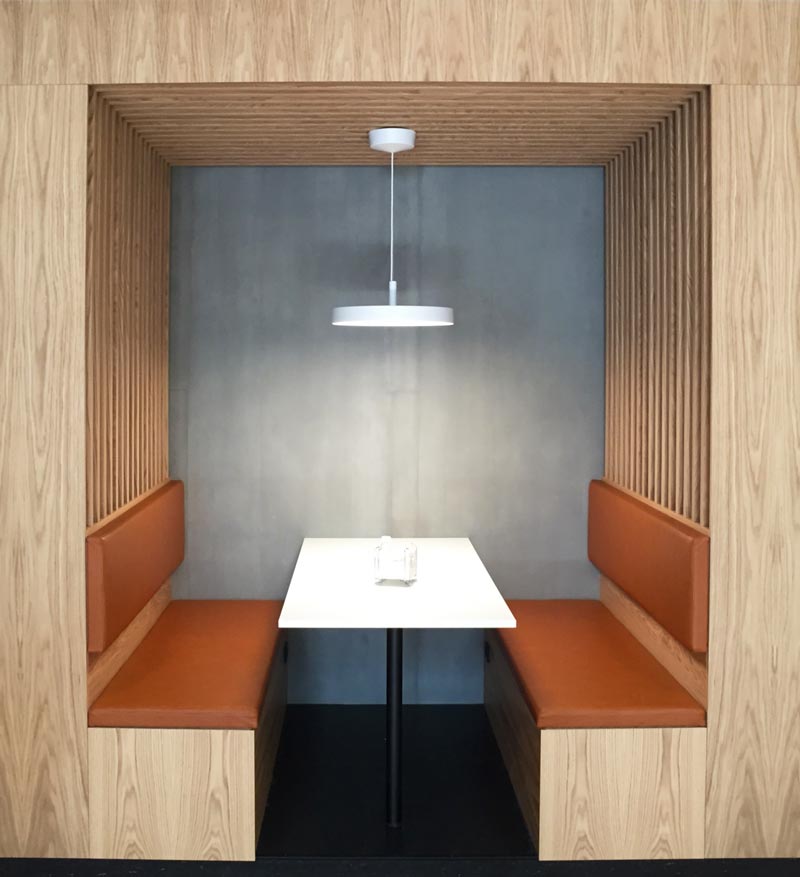 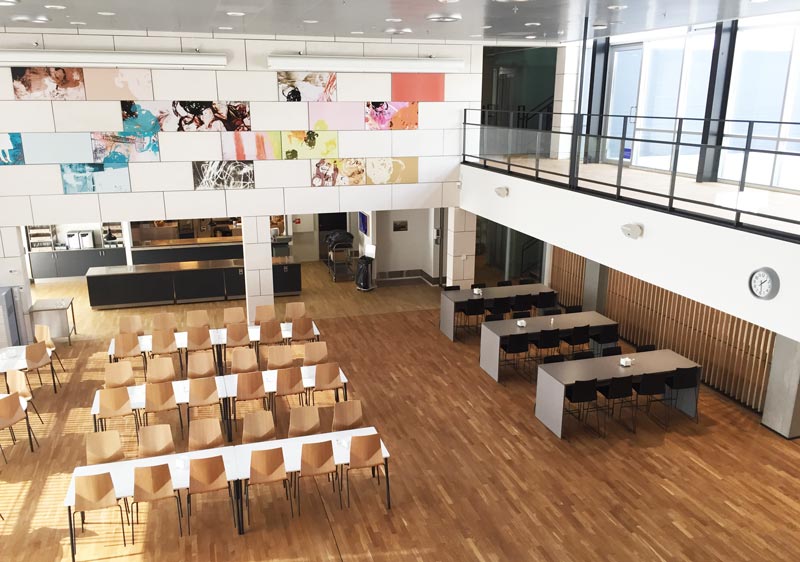