Together with DSV ak83 arkitekter created a design standard for future domicile office-, warehouse- and cross-docking terminal projects, and it would show the way forth.

The cross-docking terminal at the Paris complex is designed with a sturdy bottom half in concrete elements, varied by vertical grooves creating a rhythm at eye level. On top are alu-panels in two tones of grey resulting in a pattern of its own that makes for an easily distinguishable façade, which is lively even at a distance. The same design concept has since also been implemented on warehouses giving a clear coherence.

The domicile office sits as its own fixed point for the complex, with its façade panels in a relief pattern and notable white colour; pure, simple and elegant. Inside the office has a comfortable indoor climate and a welcoming sensation due the use of wood cladding on functional cores, which in addition splits the office space without directly closing of any sections. For the Paris office several pieces of furniture were designed specifically for the project including the reception desk, but they have since been further developed for other DSV offices. 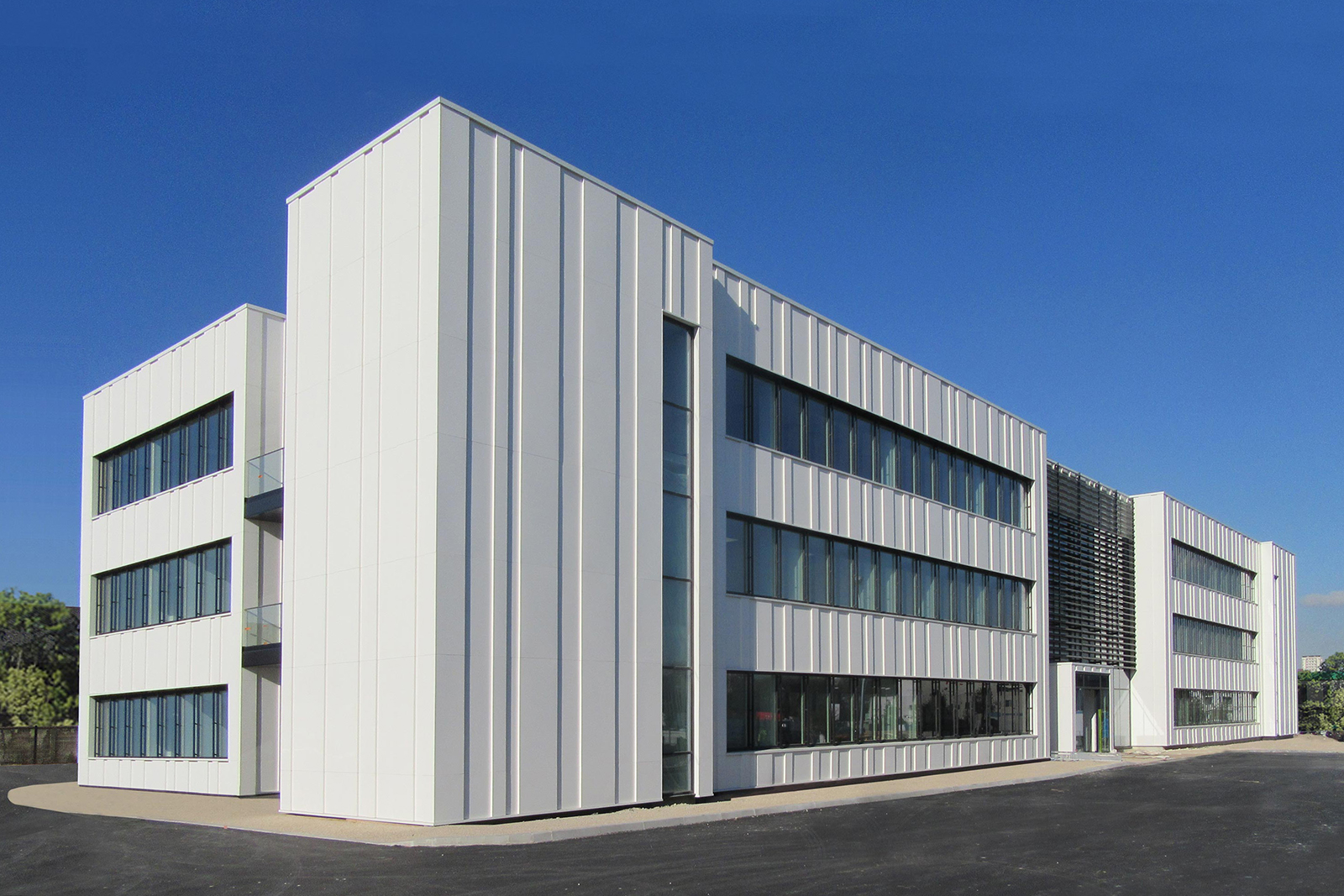 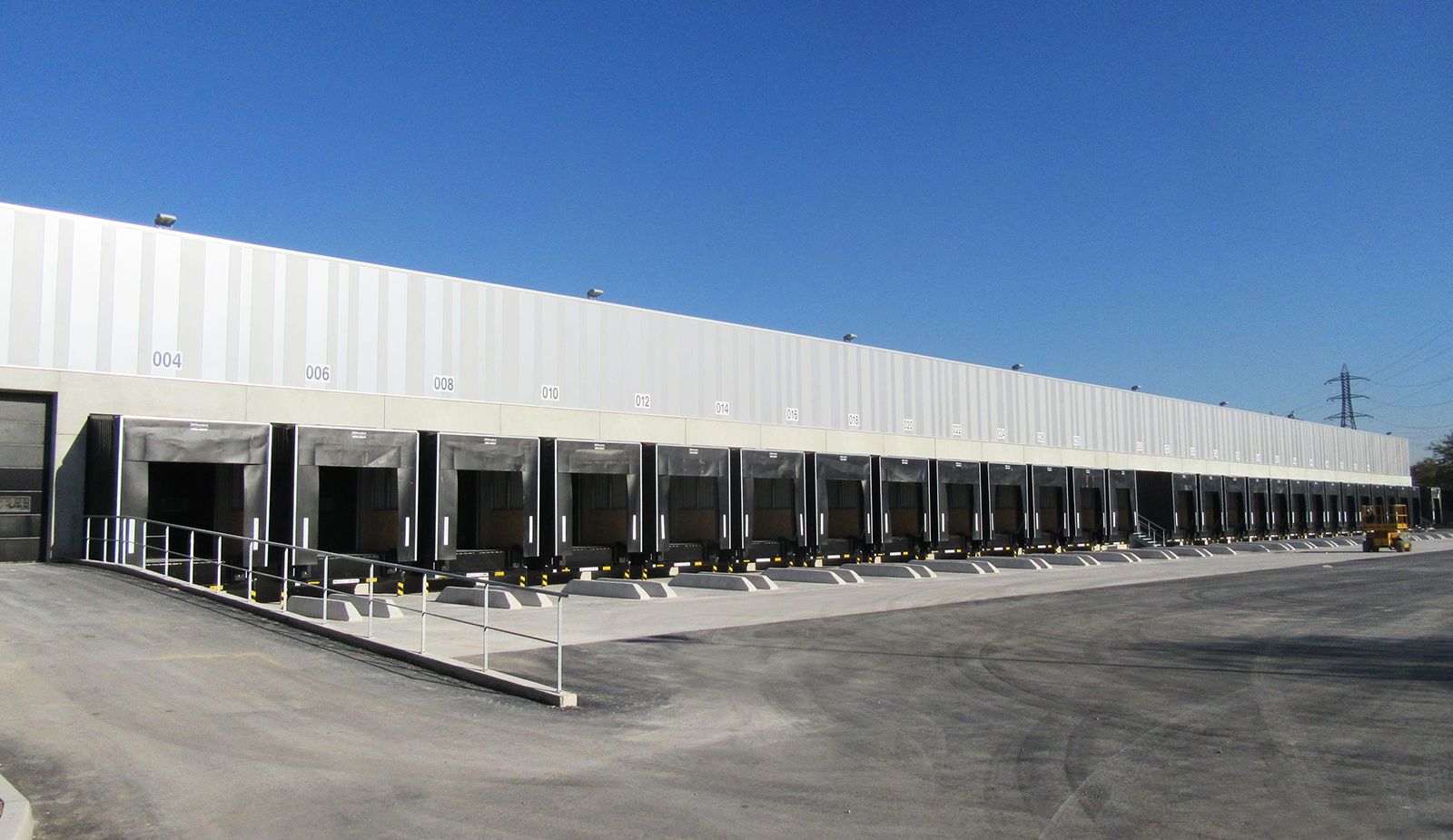 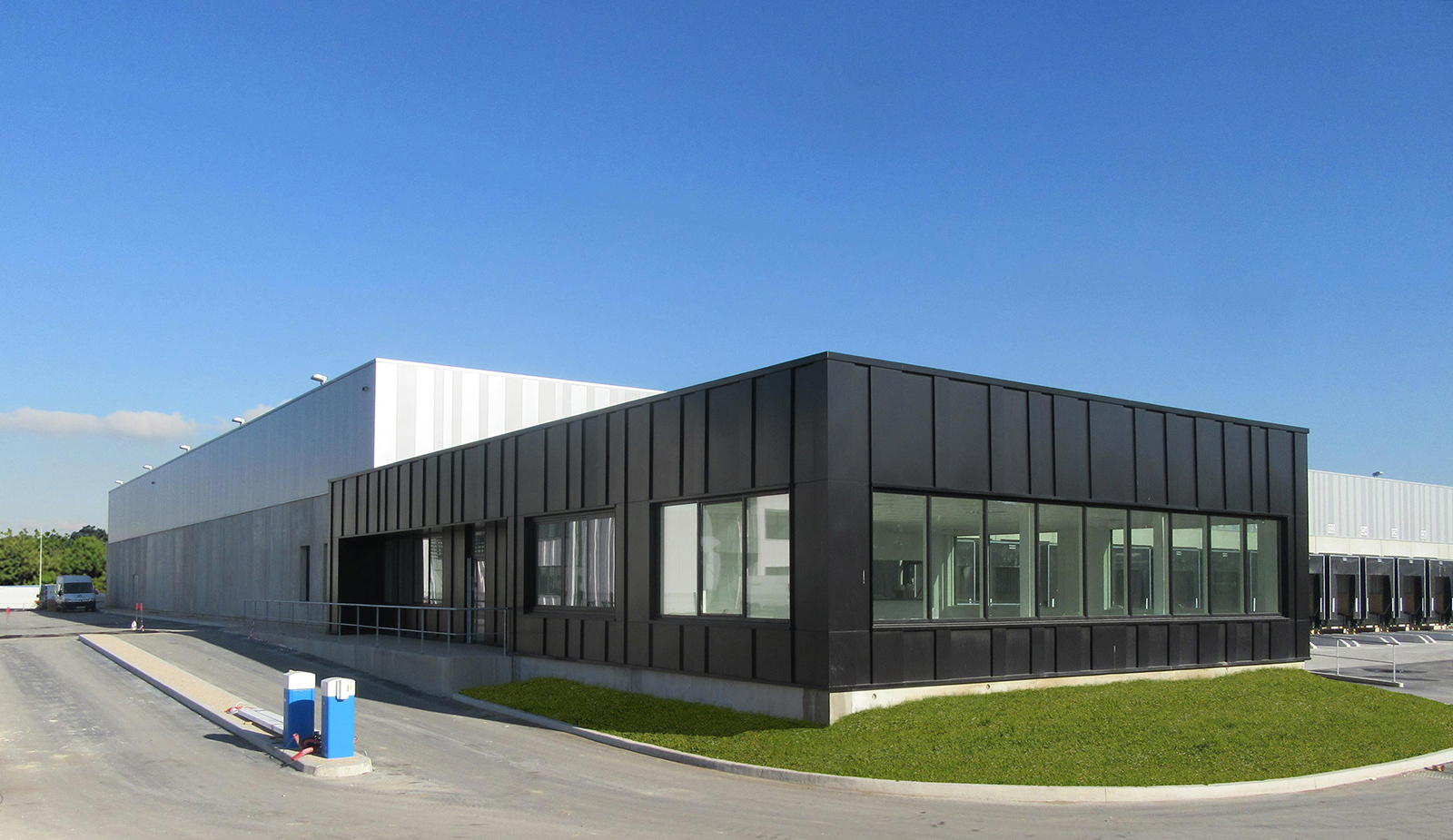 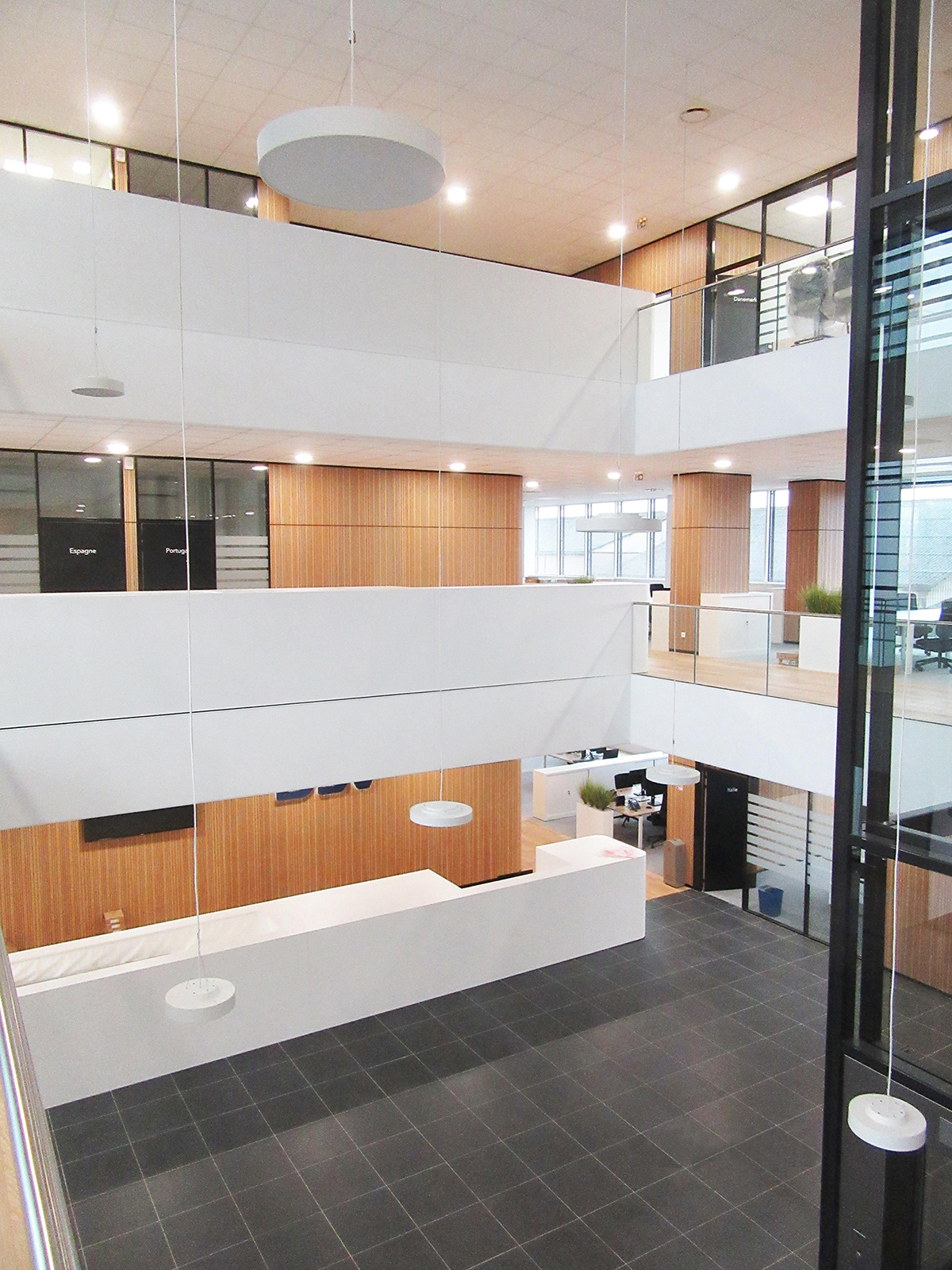 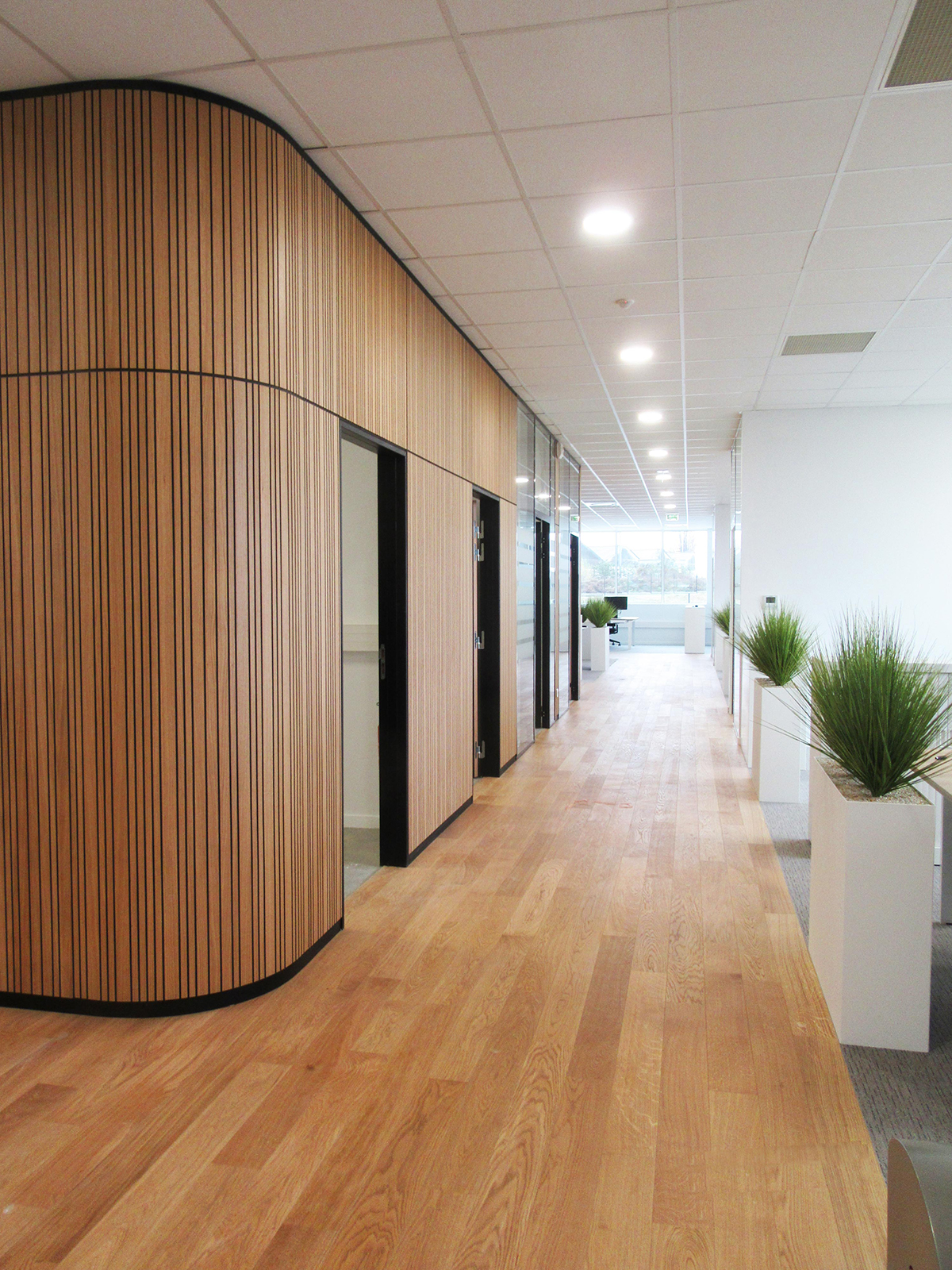 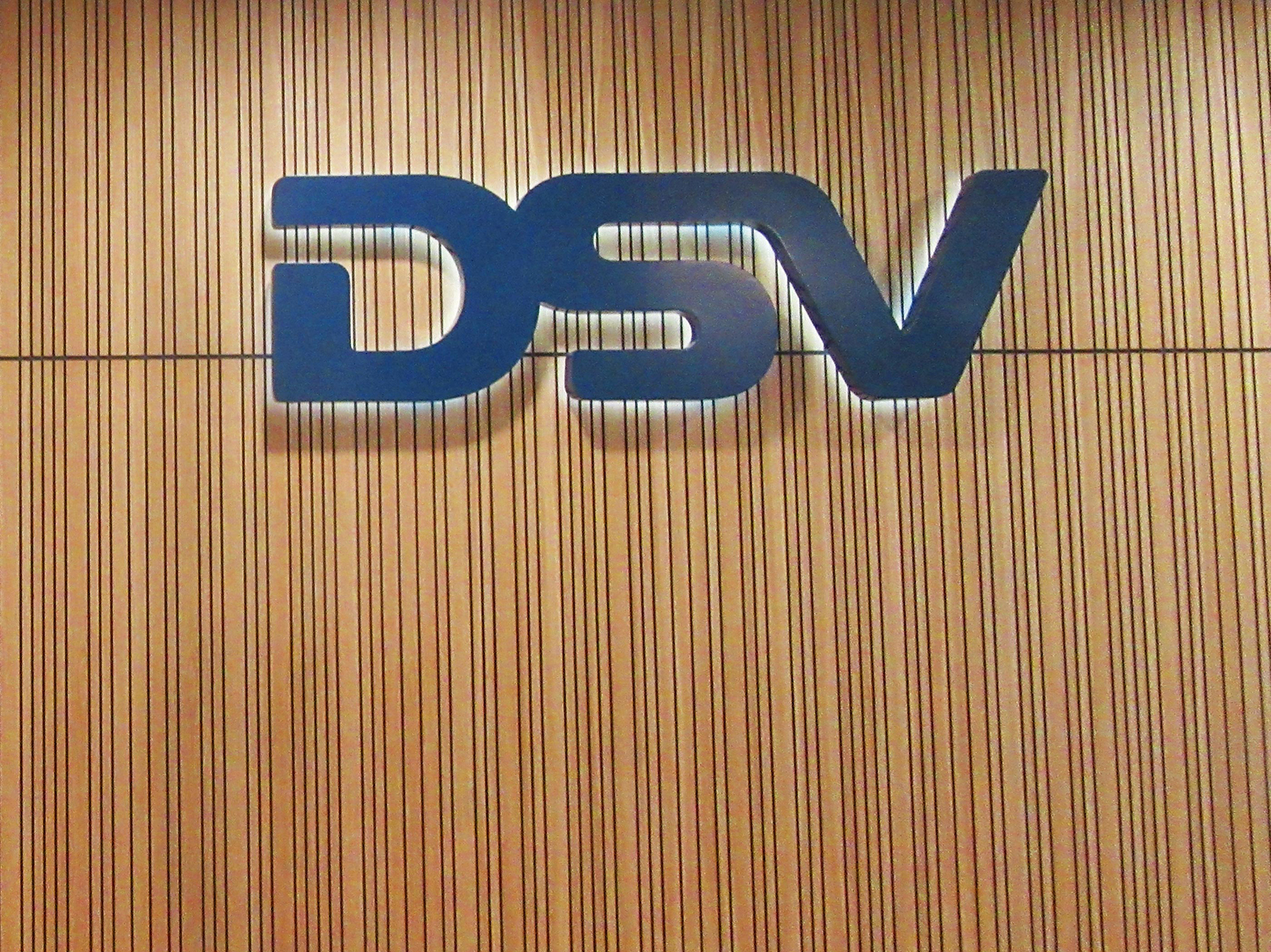 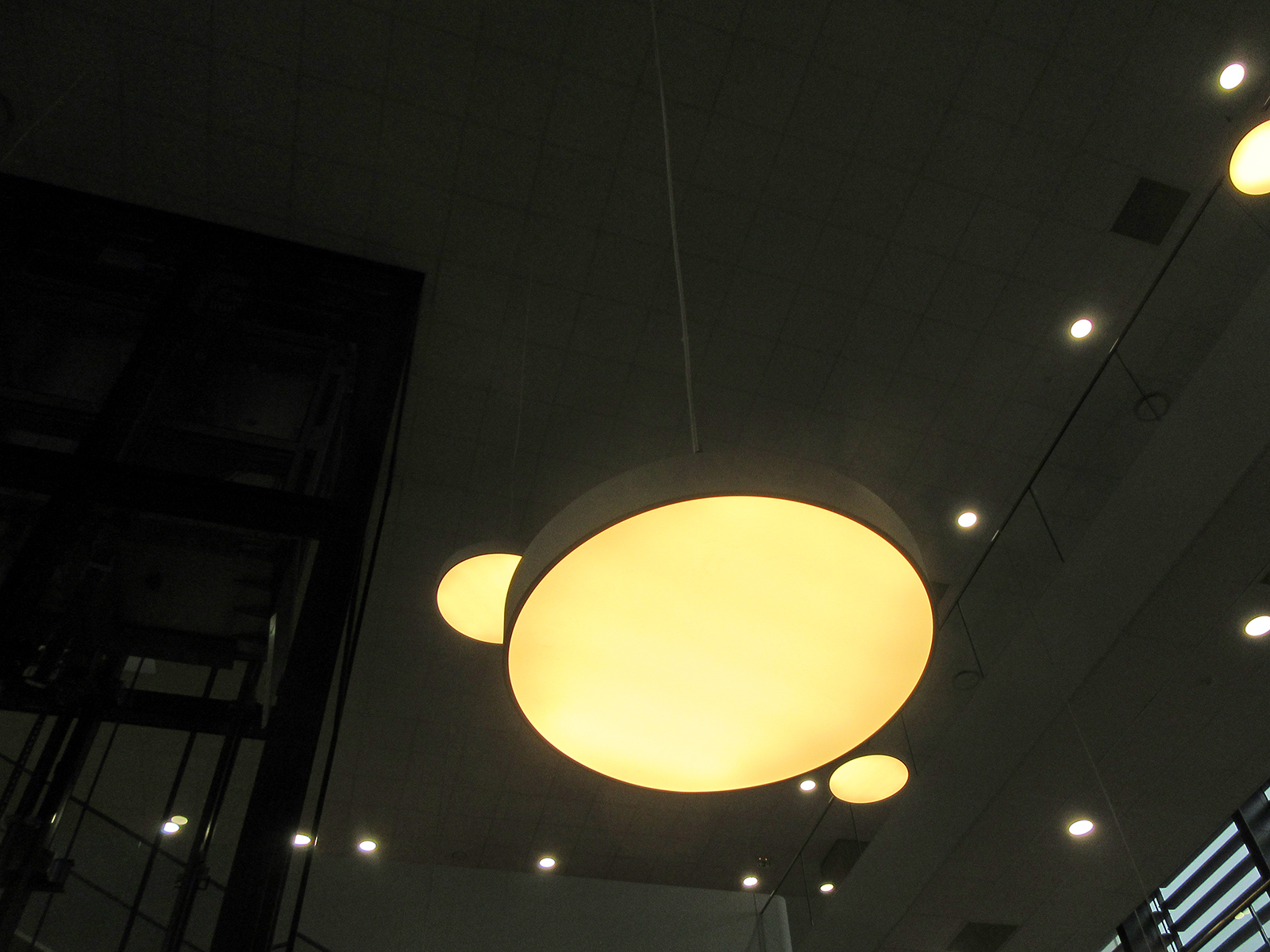 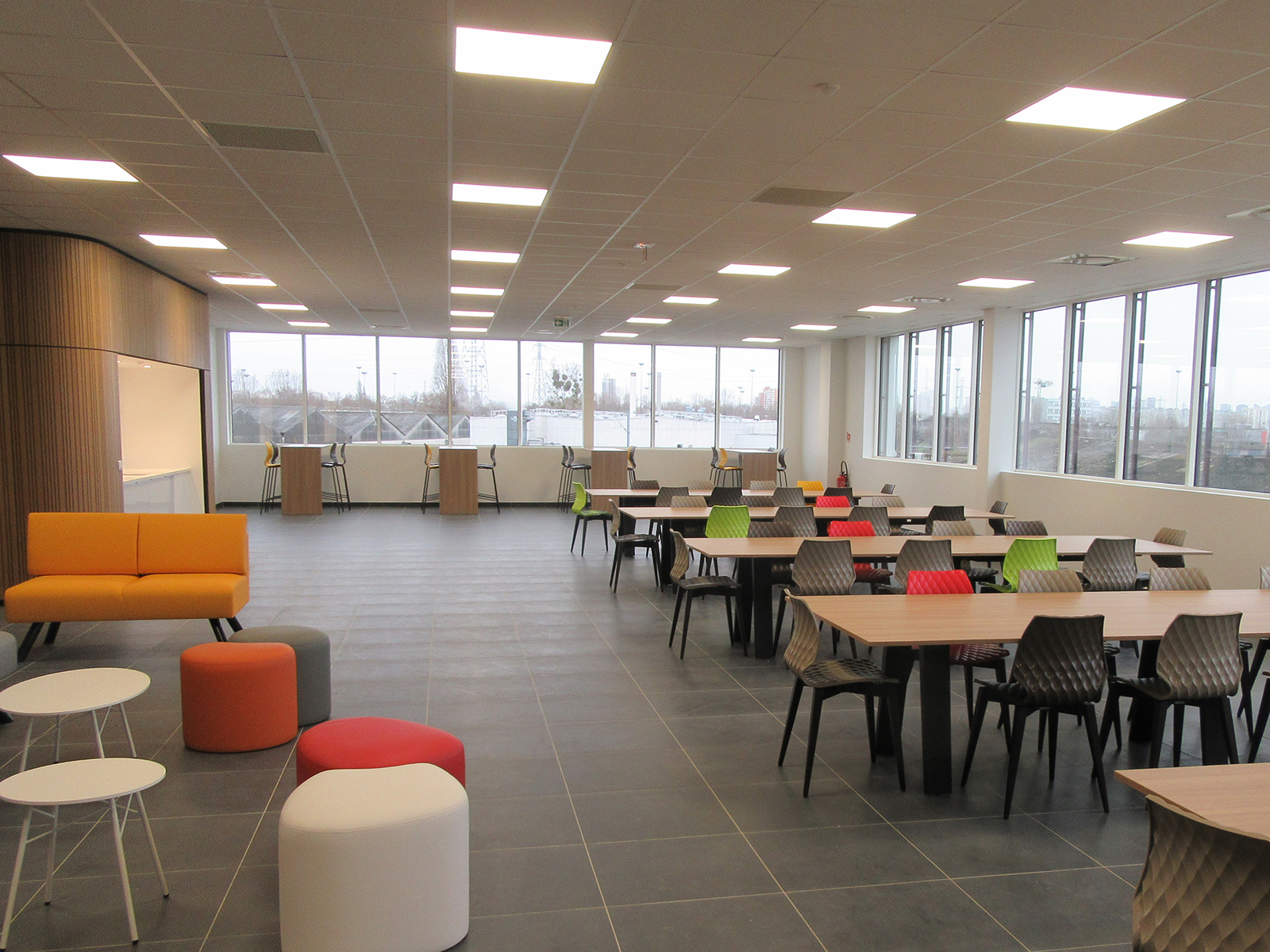 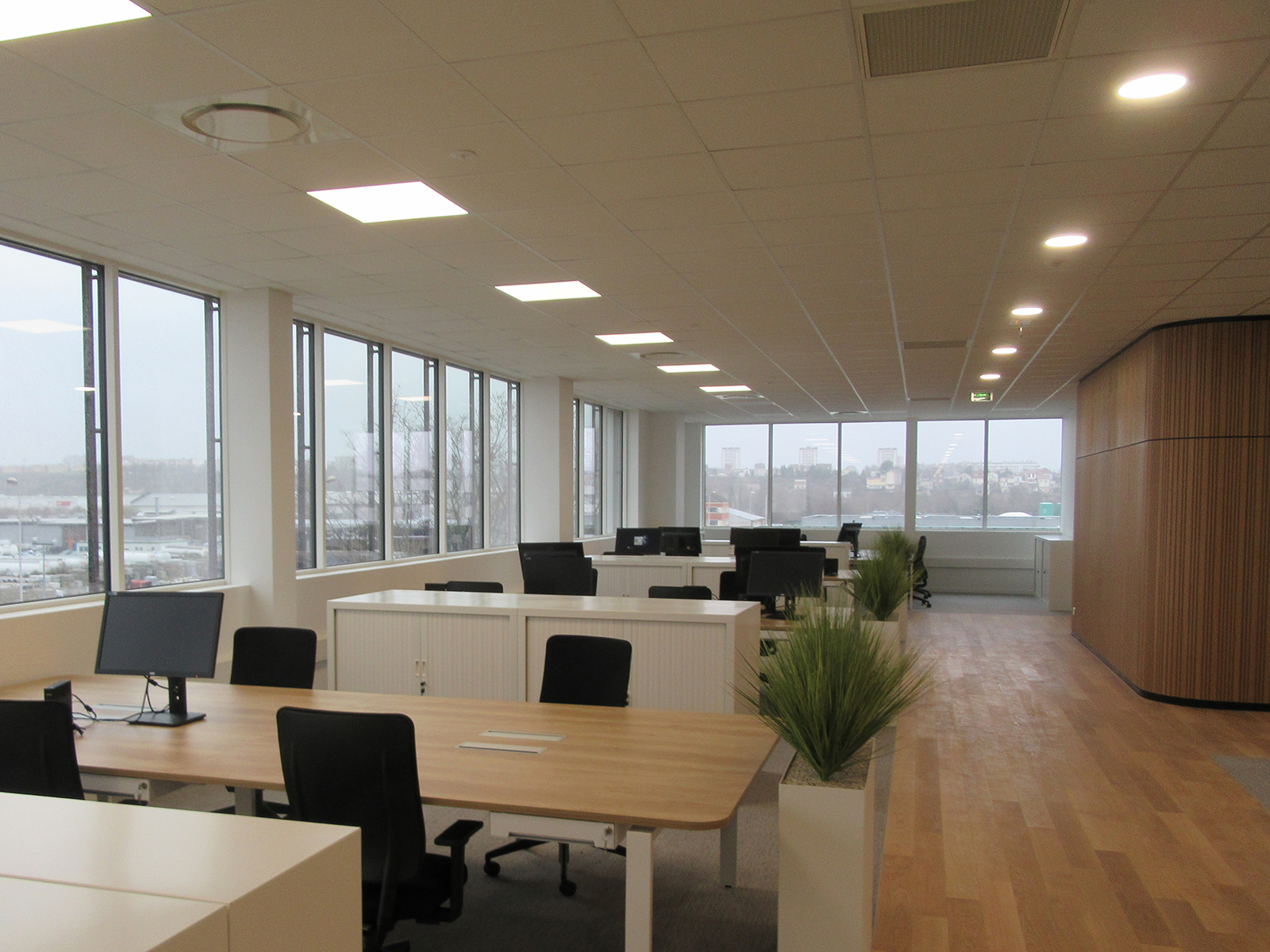 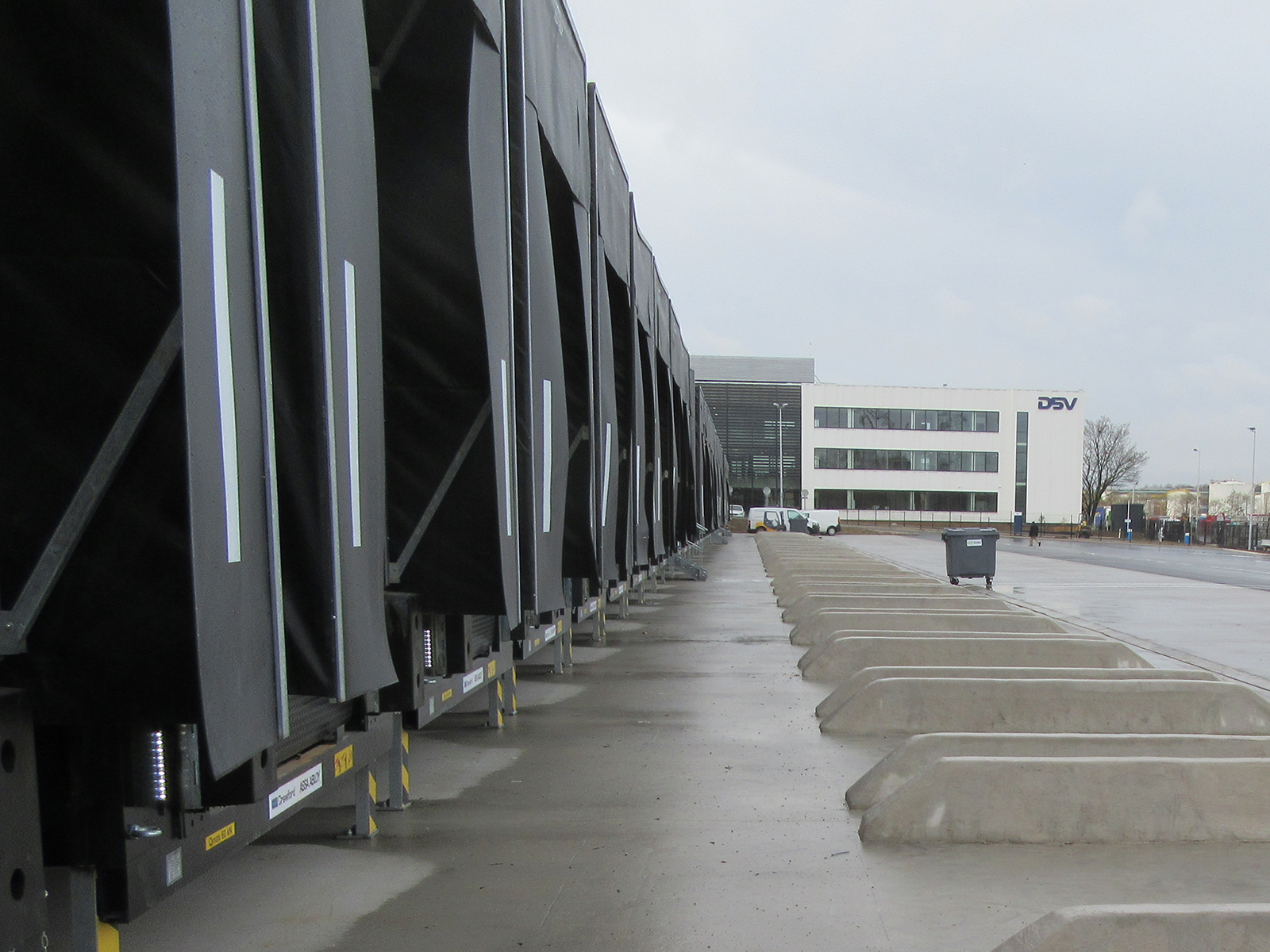