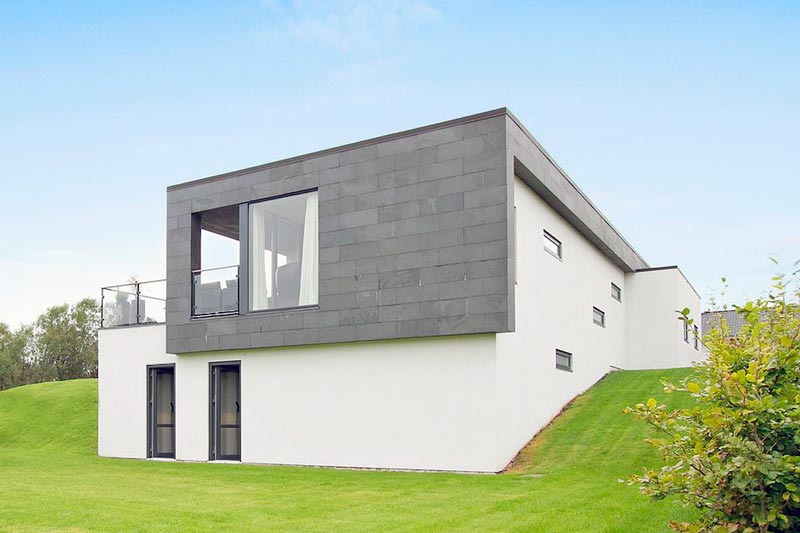 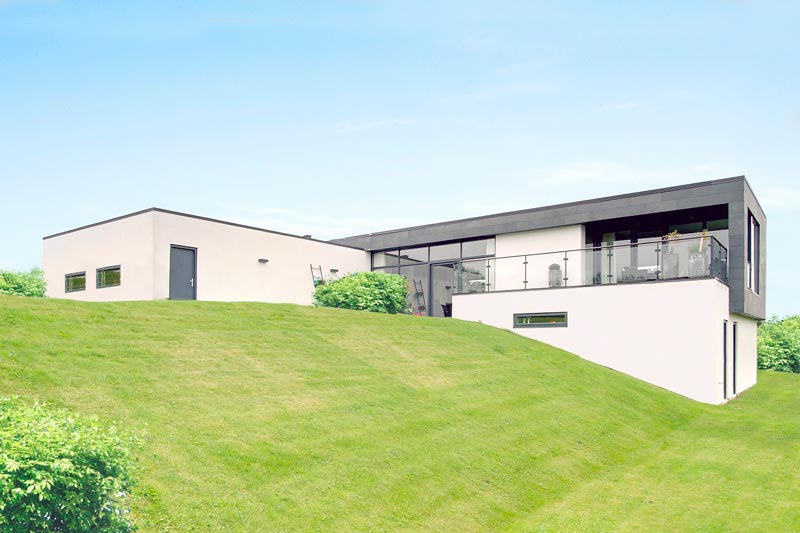 The house is situated in dislocated planes on a sloping ground, overlooking fields and green pastures. The architectural form language of the house is built around a large ”staple” clad in slate that visually fixates the house to the sloping terrain.

The dislocated levels of the house are utilized to make a division into children’s zone by the entrance, a high ceilinged family room in the centre with open-plan kitchen, a raised living room with a view, and a parent section on the lower floor.

Between the open-plan kitchen and the living room sits a large fireplace also clad in slate, which as an element slightly differentiates the two rooms and at the same time adds a rough and exclusive feature to the clean, modernist style of the house.

The view can be enjoyed from both living room and the open-plan kitchen but also the outdoor areas in dislocated planes are inviting to stop and take in the nature. 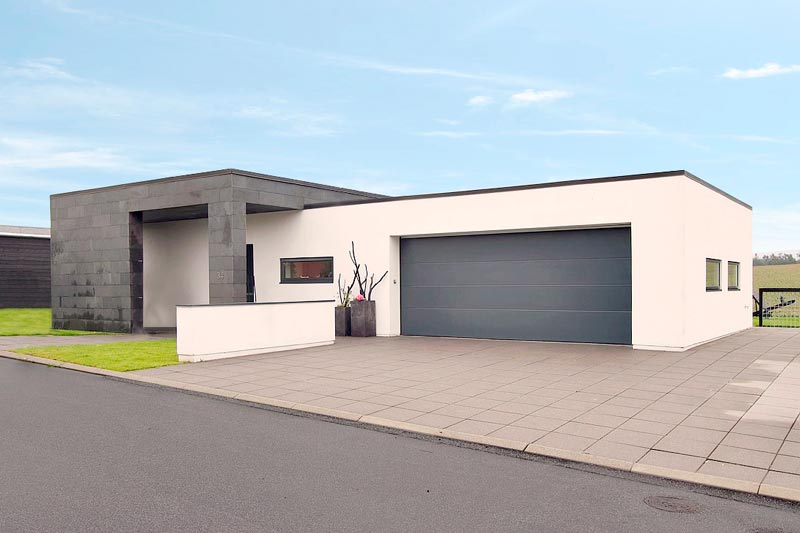 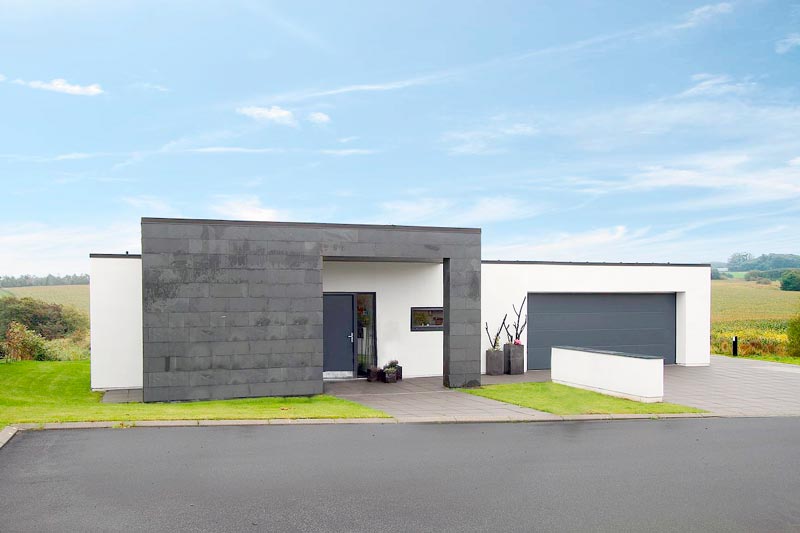 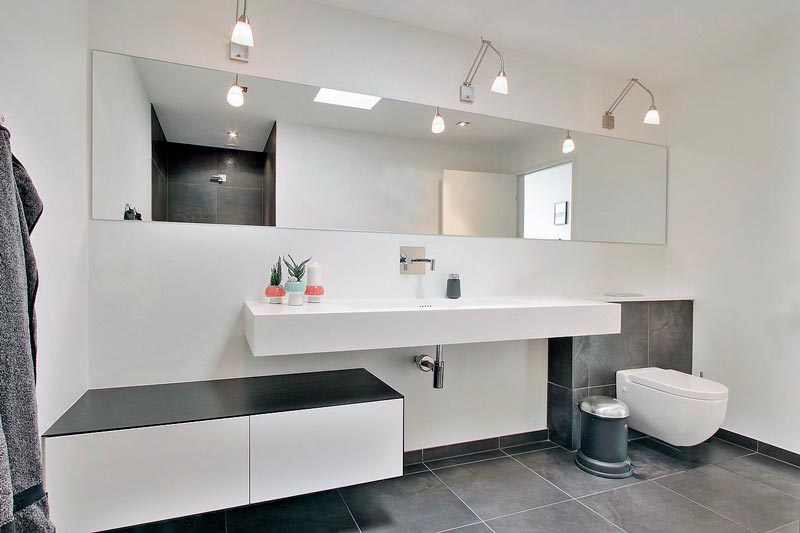 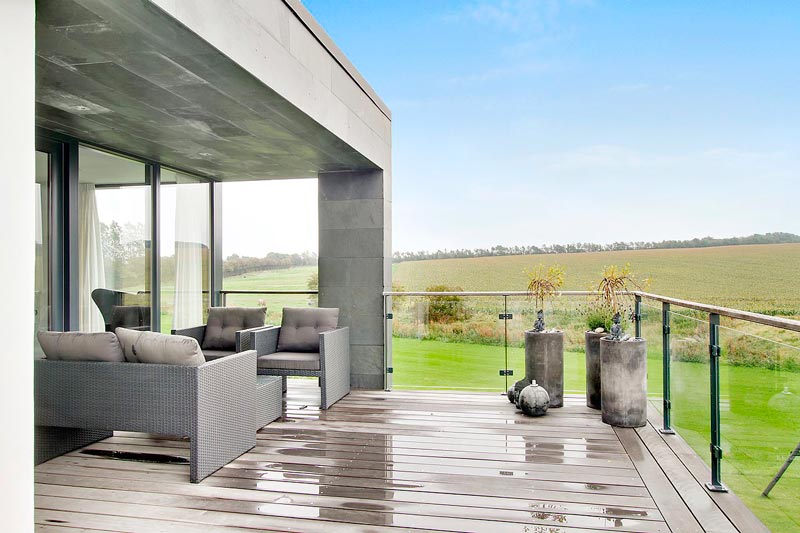 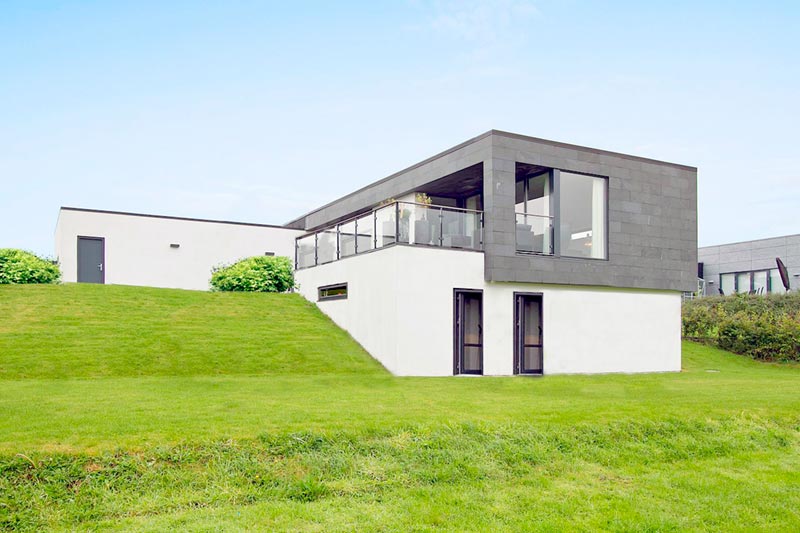