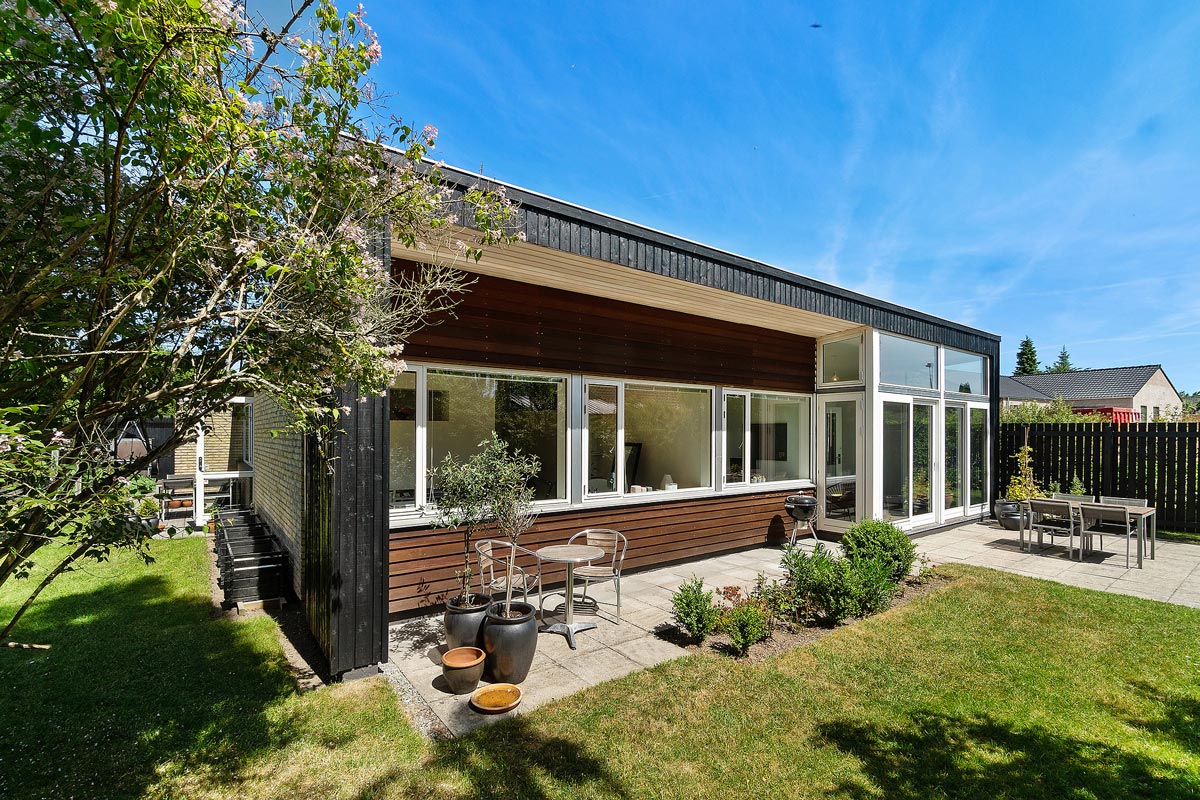 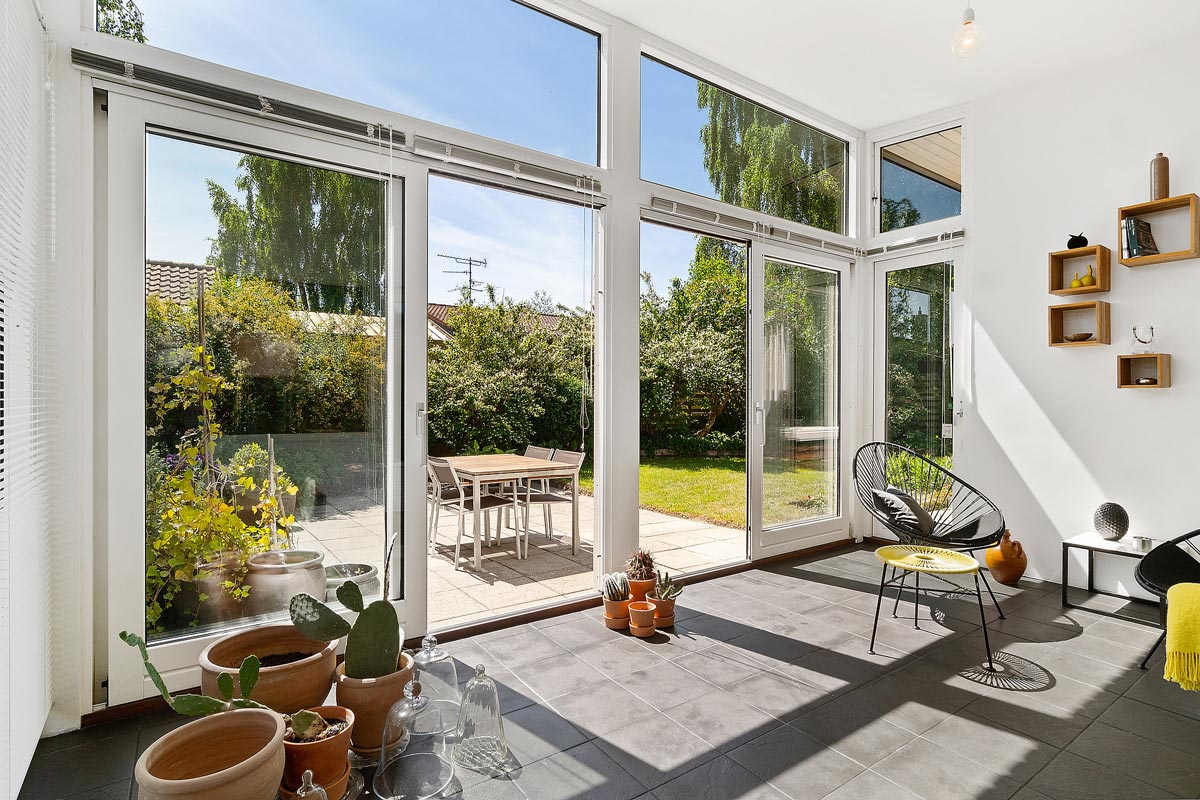 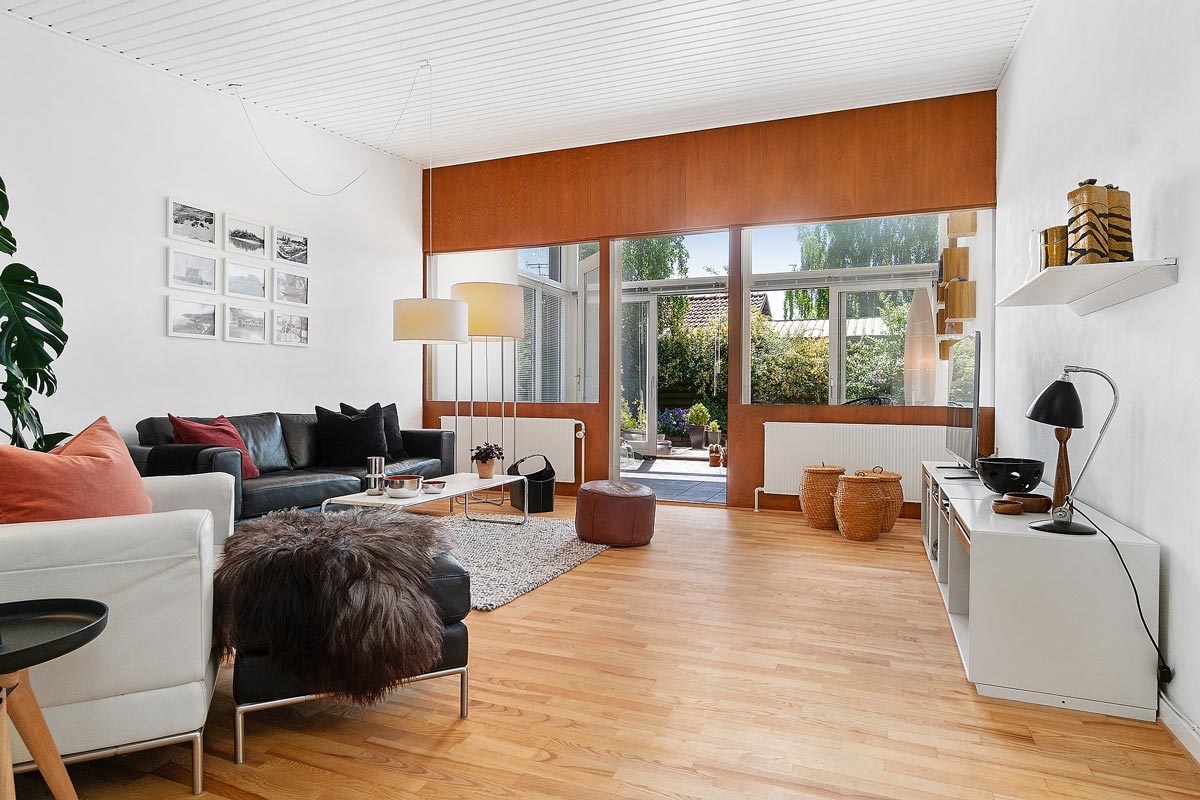 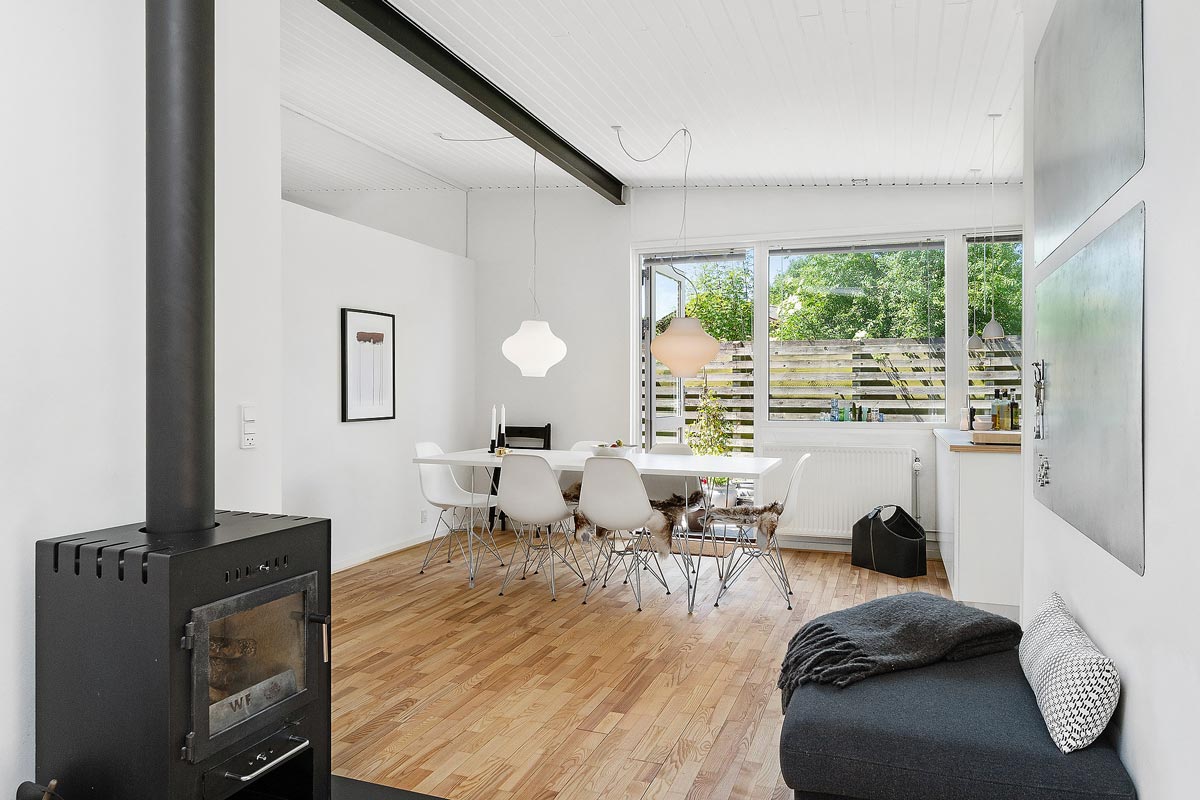 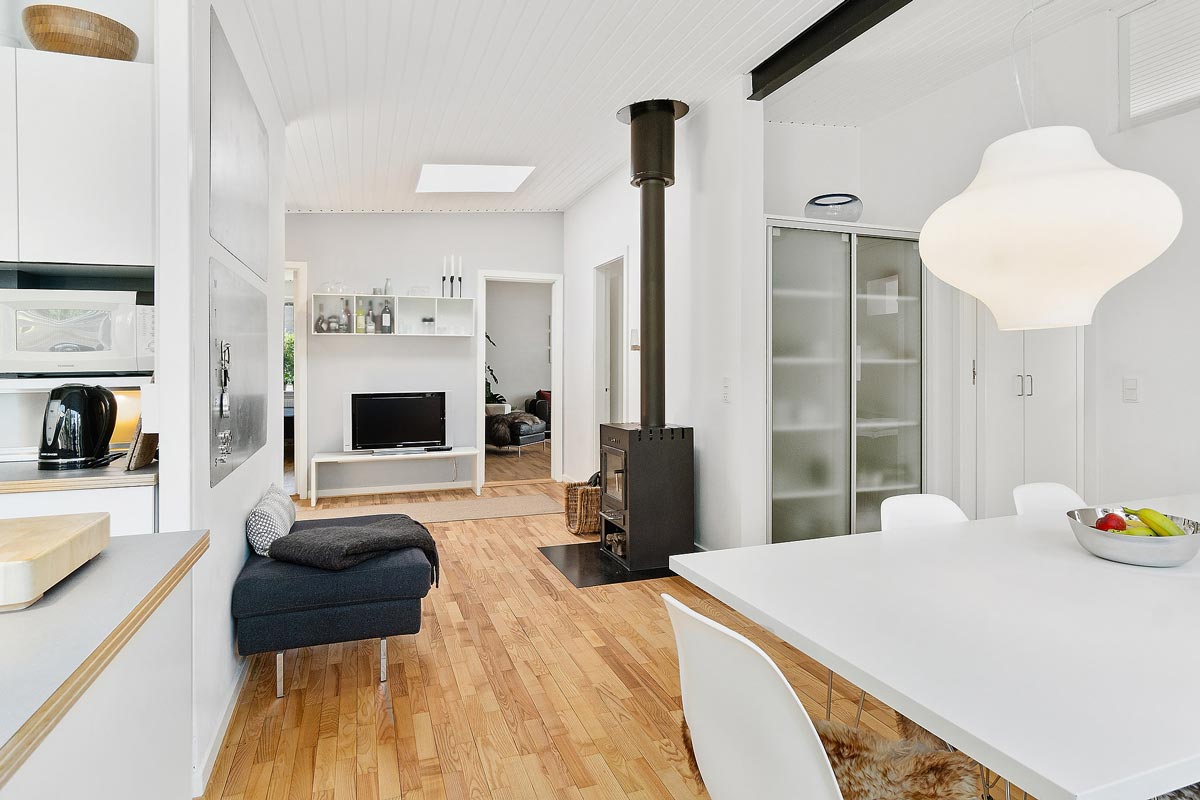 Expansion of a villa with respect for the existing

"Iversen & Plum", who originates from Arne Jacobsen architectural pratice, developed, among other things, a detached home meant to be a standard house, however only a few copies where build. The house, which is depicted in various books and journals about Danish standard houses, was developed in two editions, a traditional house made of bricks, and an edition made of prefabricated elements.

In 1961 one of these houses were built in Skovlunde near Copenhagen. The house is made of bricks and the main house have one-sided roof slope. A necessary replacement of the south facade was used as an expansion of the house. A new winter living room, a larger room, a bedroom with office function, and an expansion of the kitchen / family room was added. The original style with yellow bricks and black wood cladding is attempted preserved. 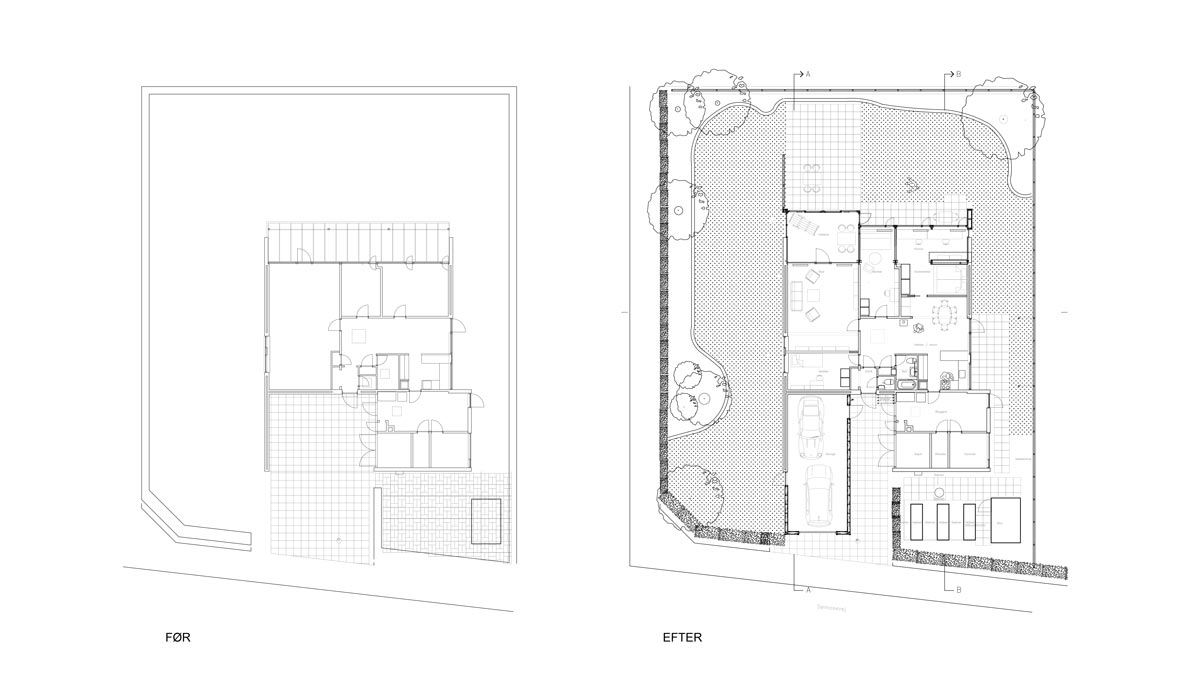 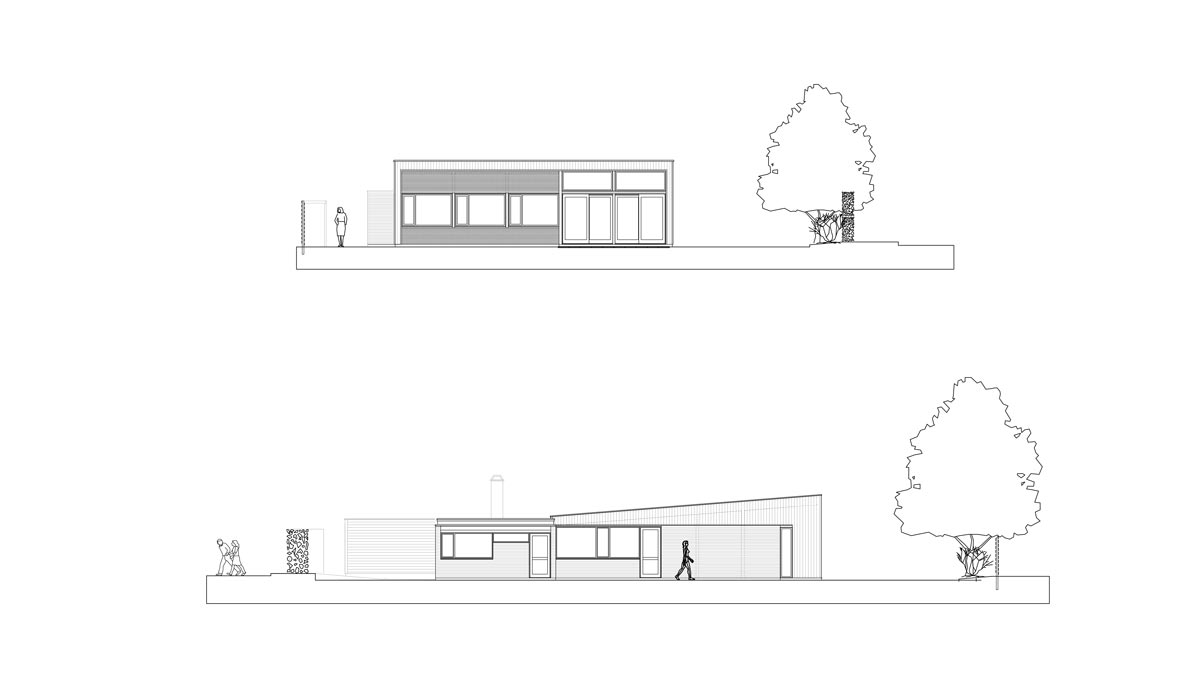