The 11 storage tanks form a growing linear geometry that makes its mark on the outermost part of the newly constructed port area. With the 11 storage tanks and a total capacity of 74,400 m3, the oil terminal will become the largest in Scandinavia. In addition, loading facilities, pumping station and pipeline system will be established for import and export of both marine diesel and heavy fuel, buildings for administration, security, engineering and rescue.

The oil terminal is expected to be operational for maritime fuel from the end of 2020, and will be leased by Stena Oil, who will be the operator and user of the terminal. 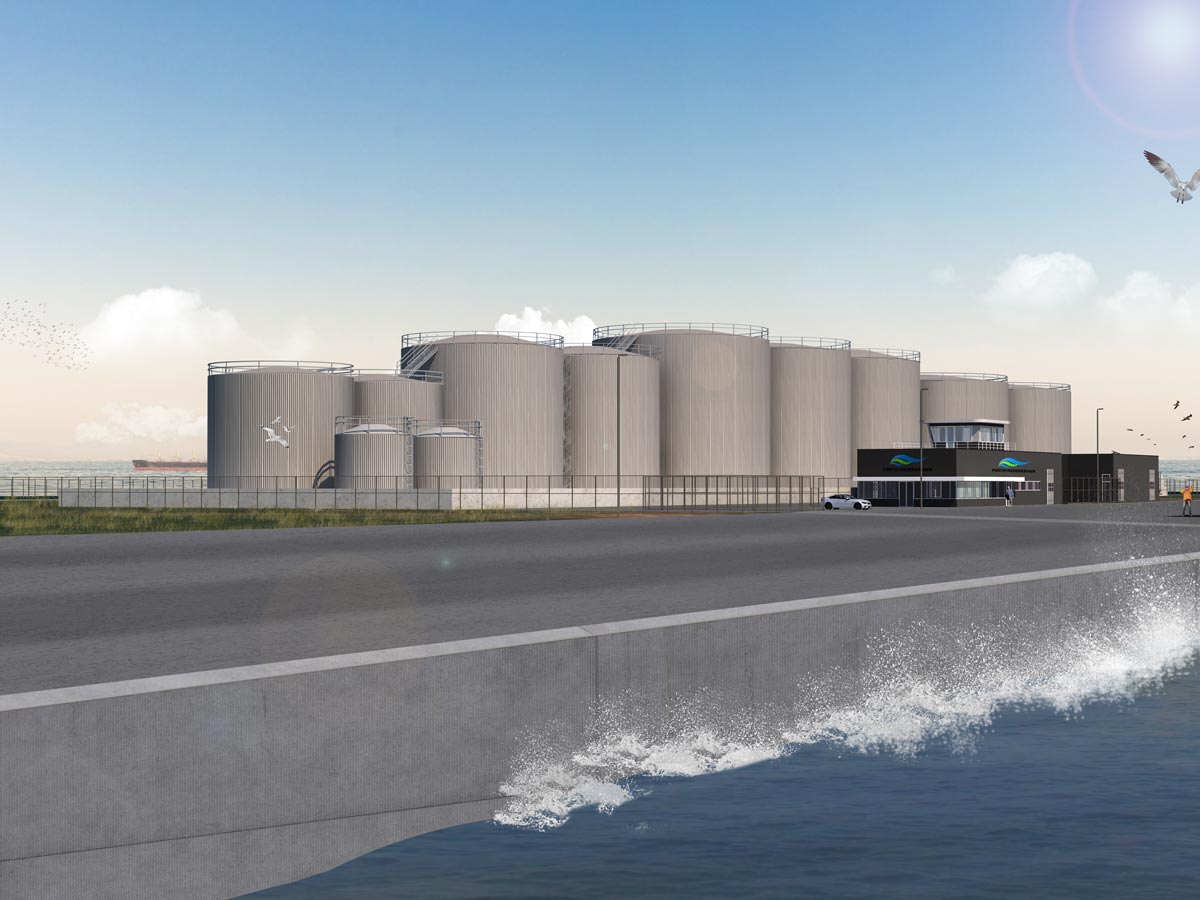 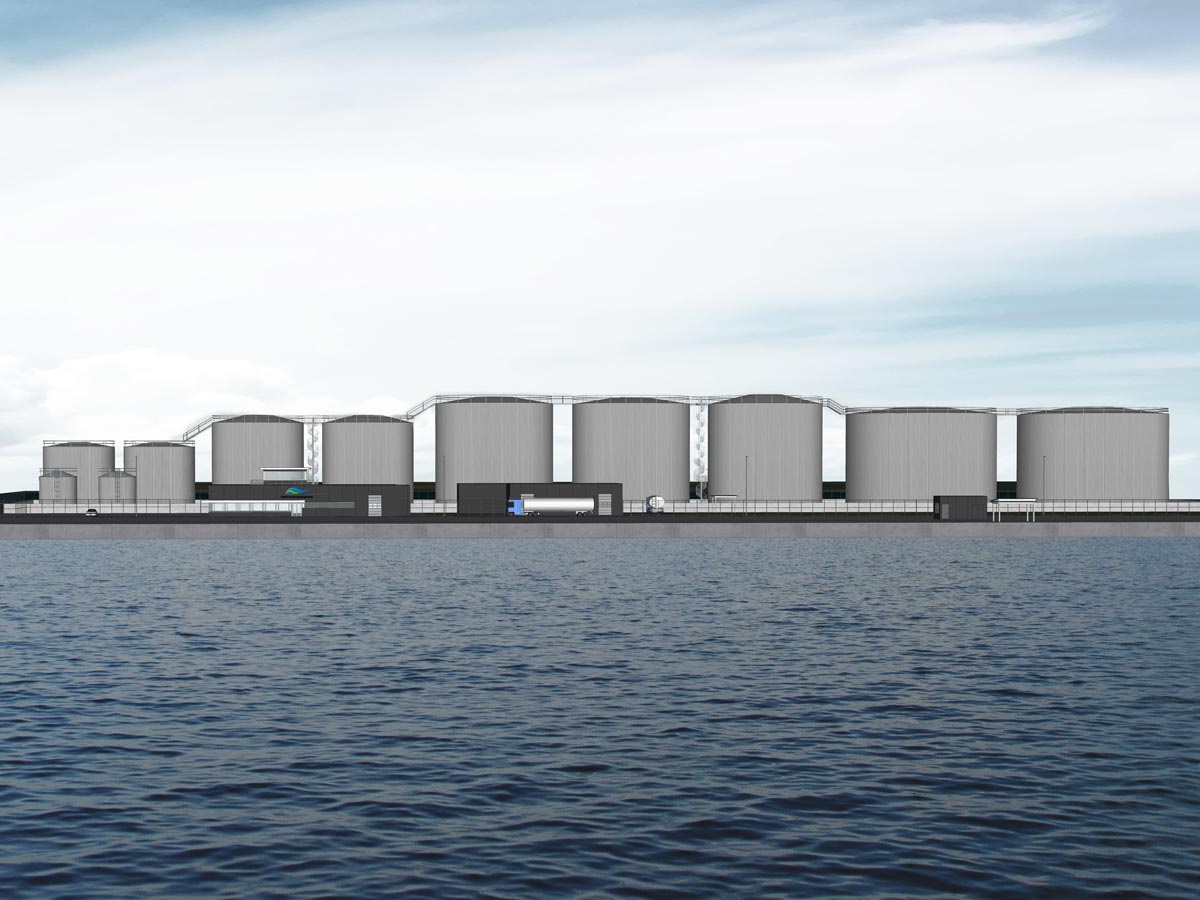 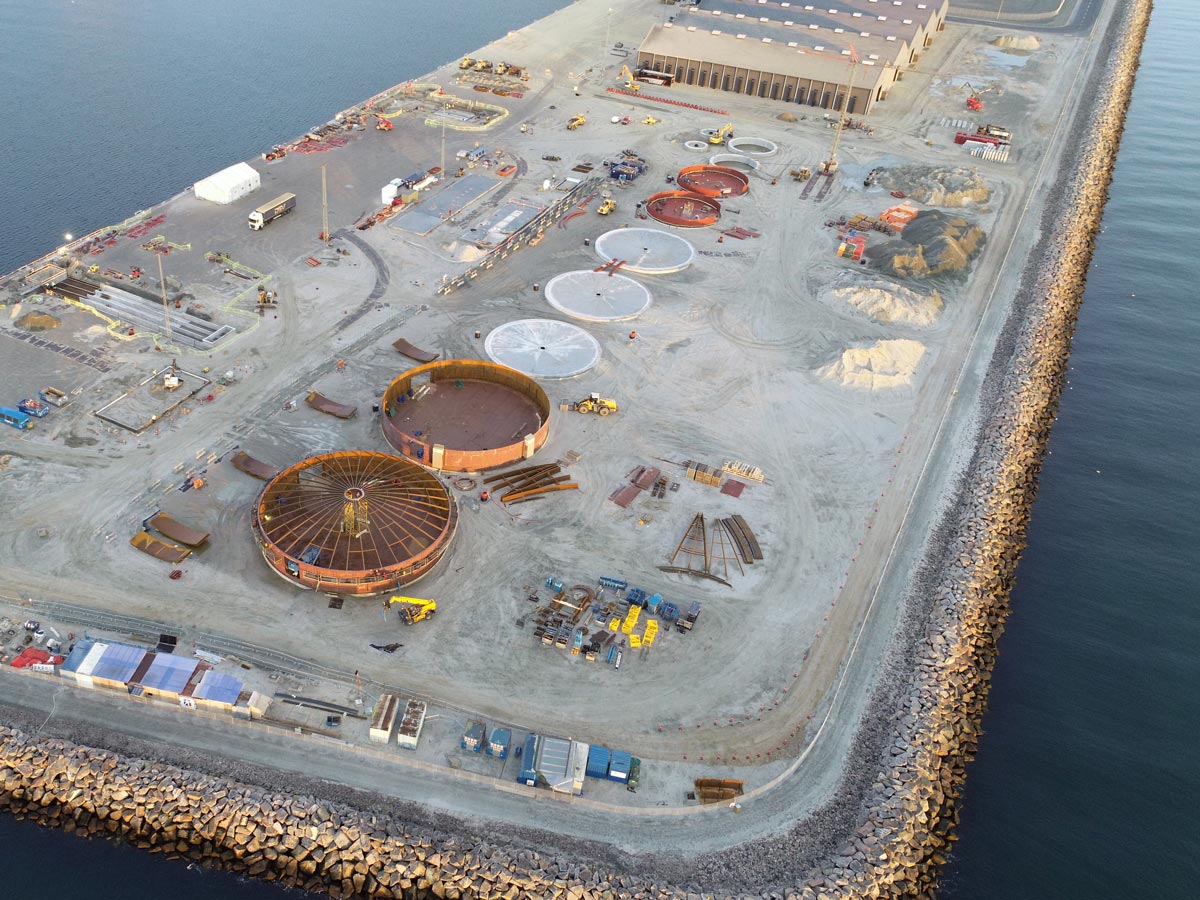