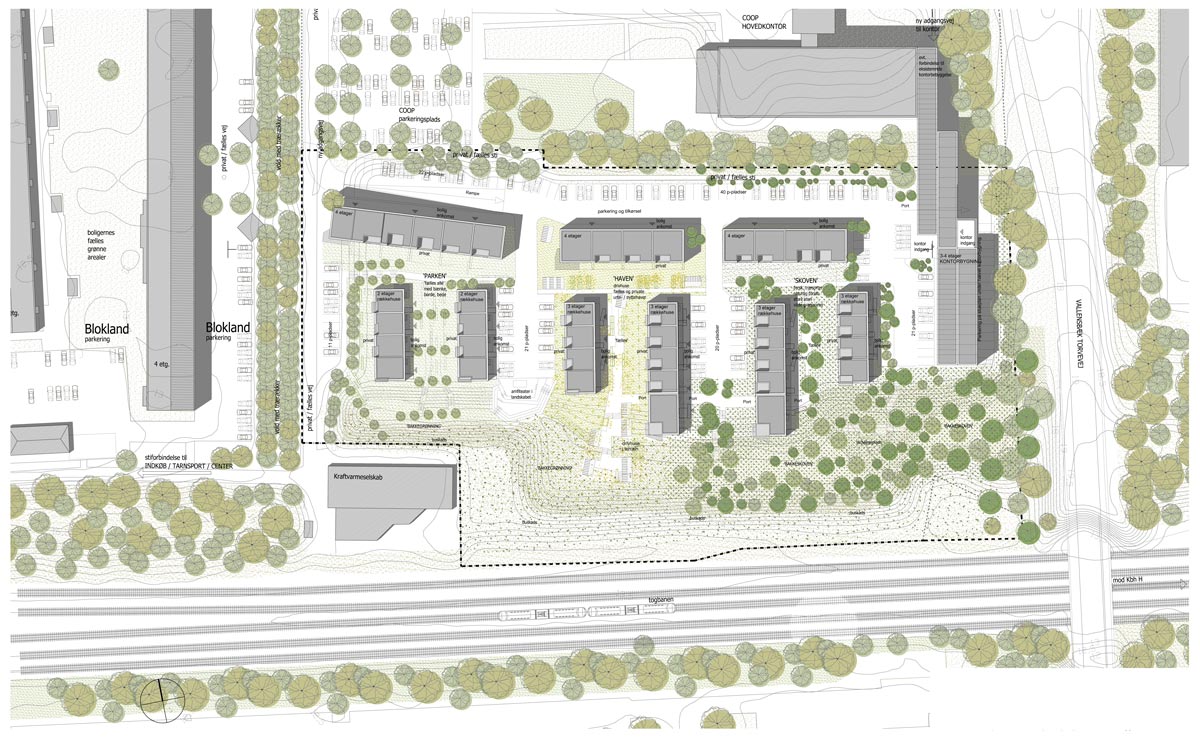 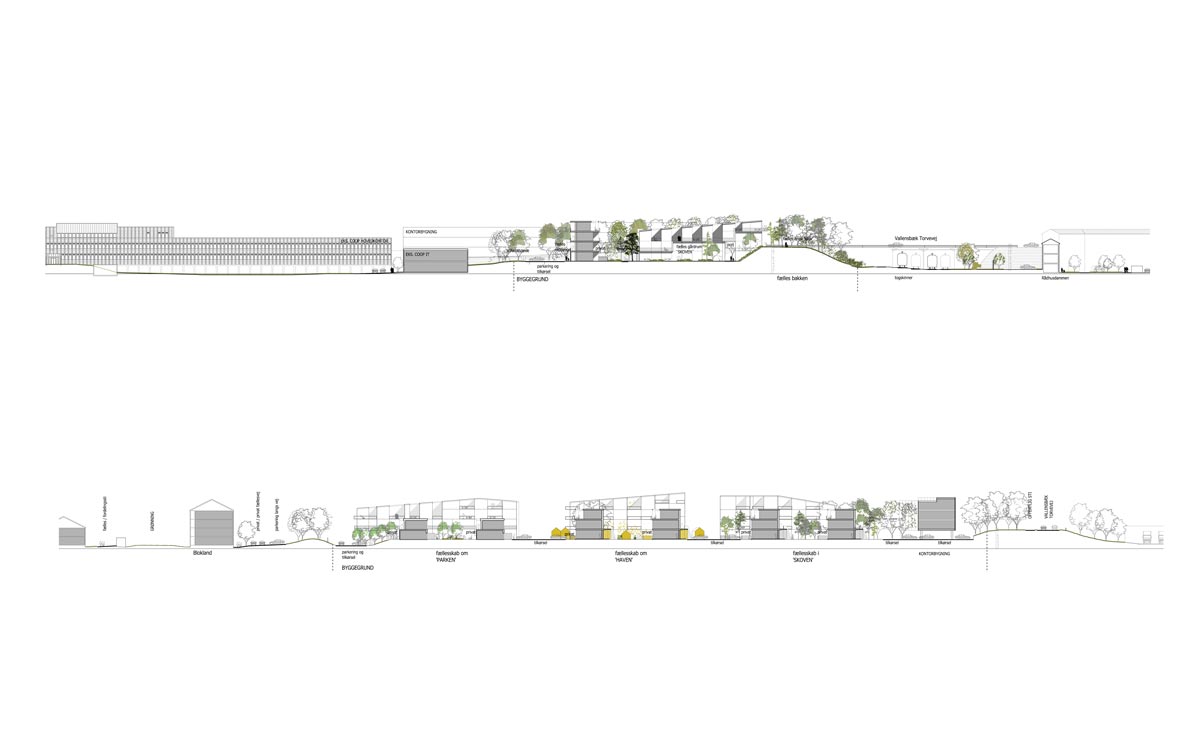 Housing in an attractive area in Albertslund

Proposal for a masterplan for an undeveloped area between the headquarter of COOP and the railway between Copenhagen and Høje Taastrup. The principle is to create a variation in the landscape between the housing.

The entire area is divided into three zones: “The park”, “The Garden” and “The forest”. “The forest” with trees is facing the busy Vallensbæk Torvevej. The existing mound along the railway is preserved.